Are the prawns at the supermarket or local seafood shop really fresh?

The hot tip if you want them genuinely fresh is to
a) catch them your self,
Or
b) meet the boat as it ties up fresh from a night out on the water and hope they have some not frozen.

The next best option is to always purchase them frozen (cooked or green) as that is how they were shortly after being caught and processed.

And one closer to the action.

There is much to celebrate with Australian prawns – whether it's summer, winter, a birthday, a 10th anniversary or a second date. Because it's pay day or just a


Most prawns caught a sea are sorted and packed within moments of being caught. Prawns can be cooked at sea and frozen, stored fresh in an ice/brine mix or frozen uncooked or “green” at sea.

Freezing prawns soon after catch immediately preserves the quality, freshness and flavour, enabling them to be transported and stored while keeping quality high.

Are there any other options?

Are the prawns at the supermarket or local seafood shop really fresh?

If they are wild caught in the Northern Australia fishery, they will have been frozen at sea using very fast freezers. The trawlers do not cook their catch and they stay at sea for weeks at a time so fresh is not an option.

However, the prawn farms are able to offer fresh raw prawns on a daily basis so if Coles or Woollies state fresh raw prawns, they will be farmed. Their price signs normally state whether they are wild caught or farmed.

Of, course, further south there are trawlers which go out overnight so they would have fresh raw prawns.

there are trawlers which go out overnight so they would have fresh raw prawns.

True, here (Mooloolaba) even in the morning at the waterside seafood markets it is hit and miss. They don’t go out every night and the catch also varies.

Without further information the FNQ impression is everything in a Woolies store from Mackay north and out to the Isa has done a round trip through Townsville. 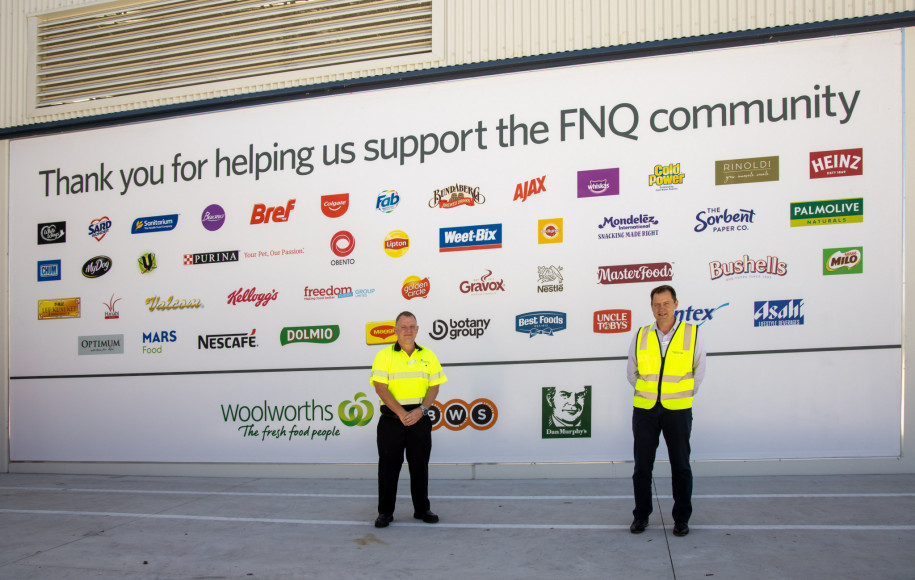 IGA used to allow their franchises to buy local as well as centrally some produce. I wasn’t aware Woolies or Coles had any similar short cuts. Prawns even if fresh caught green or cooked and put on ice (0-4C Max) have a common use by of less than 72hours.

Our local Supa IGA sometimes has raw or cooked Endeavour Prawns which are only caught in Qld and usually sold by local seafood retailers, so they have to be sourcing tham locally.

My Cousin cooks the prawn onboard, then freezes them then sends them via the “Mothership” to be sold by his agent. He also freezes some green. This is in the Torres Straits and his home berth is Cardwell. So cooking of catch before freezing on Trawlers certainly does happen. He goes after Endeavours and Tigers as his main income stream.

In SE Qld and northern NSW, it used to be possible to get fresh school prawns from the trawlers and also from stores which sold local seafood. These prawns were caught off the SE Qld coast and the boats usually were only out for a limited time (not multiple days like may of the factory type trawlers). The boats also didn’t have freezing facilities and as a result they had to return to port regularly to land their catches.

The nicest prawns I have ever tasted was some 40 years ago when I was on a trawler demonstrating some new equipment at the start of the banana prawn season in the Gulf of Carpenteria.

When the first couple of days were unsuccessful, the skipper contemplating switching to trawling for tiger prawns, but before they went to the trouble of swapping the nets, they used the try net for a couple of hours at night.

They only caught a few kilos of tiger prawns so they continued fishing for banana prawns, but they cooked the tiger prawns in sewater in the galley, and they were delicious.

By the end of my week at sea, they had caught lots of banana prawns.

Unless you are buying them fresh off the trawler all prawns sold in Australia have been frozen, even the armed ones. Most are frozen within an hour of being caught and retain their flavour very well.

even the armed ones.

I must be slow today. What is an armed prawn?

What is an armed prawn?

You will find out when you get spiked.

Perhaps something like the Long Armed Prawn found in freshwater? Or Paratya australiensis or Macrobrachium Australiense (all freshwater).

I have no problems with frozen (or fresh) green prawns. But the preservatives that are added when prawns are cooked and frozen in a ‘factory boat/ship’ or factory cause significant reaction (rash all over body, headache, etc).
So when eating out I only consider a prawn dish if it means the green prawns have been cooked on-site and then served immediately. I survived over five years using this approach

But recently ‘grilled prawns and salad’ dish caused significant reaction, so I rang the cafe and was told that they ‘took deep frozen red (cooked) prawns and defrosted them in water and then put them on the griller’

Q: is it safe to ‘defrost in water’ for foods such as prawns, especially cooked prawns?

Q: when ordering ‘grilled prawns’ is it reasonable to expect the grilling part is to cook the prawns rather than to reheat previously cooked prawns?