WASTE… yes 1/3rd of food sold ends up in the bin… we just have to change laws to rescue the food that is sold and supermarkets and shops and hotels etc need to divert food that has not been consumed to those that need it… there are 100 000 homeless in Australia right now…and many that could use marked down food etc… And supermarkets selling 2 for the price of 1… it leads to waste… time to get responsible with our food and do away with all the sneaky marketing.

There are two issues here.

The first, the third of food waste disposed of (not eaten) is from households and not from the supermarkets, wholesalers, distributors or manufacturers. It would be very difficult to recover foods which were going to be disposed of from a household as there would be significant health risks…namely, is the food safe, has it been tampered with, has it been stored correctly, has it been contaminated with other foods which may cause allergies etc.

The second is the food waste not from households. Many organisations have waste management programs in place to minimise the amount of waste which is generated. An example is Woolworths which aleady links into Ozharvest, a charity which collects edible food which is distributed to needy people.

Woolworths also has a target to have zero waste to landfill by 2020.

In relation to restaurants, wholesalers, distributors and manufacturers, some have programs to divert edible foods to needy or to sell foods at reduced prices. For example, if there are perishable foods which are subject to over supply, these are often sold to independent retailers to sell off cheaply before the product is spoiled.

Supermarkets also can’t be responsible for human behaviour, e.g. overbuying by their customers. Otherwise the supermarkets wouldn’t stock highly processed/junk foods as they would be worried that their customers may over consume. If they started to self regulate, Australia would move far beyond becoming a nanny state.

Don’t talk to me about Oz Harvest. They deliver fruit and vegetables to our local community centre to be given away to those in need. Sometimes the produce is OK but on many occasions the goods are only fit for refuse or the chooks. It is just a way for them to avoid the costs of dumping these goods.

Have you provided feedback to ozharvest?

The problem could be with the companies providing the food (i.e. no longer suitable for consumption and should have been rejected), its storage by ozharvest (not dispatched quickly or not stored in optimum conditions) or the poor management of food (grading and selection). All which can be easily corrected

hey just what I said yesterday about food waste… just got an email from Global Citizen about Oz Harvest… see this link and if you can put it up somewhere?? https://www.globalcitizen.org/en/content/aussie-airports-donating-leftover-plane-food-to-ho/
George

When I was chefing I would point out to apprentices that the garbage bin was the most important part of the kitchen/restaurant.

Our Turramurra green grocer has a bin out the back for cheap lots of fruit and vegetables which would otherwise be thrown out by him. There is a small charge, but it is really good value if you are going to eat it soon.
Michael

For those interested in this issue (and it is worth watching to raise your awareness, even if you haven’t thought much about waste!), make sure you catch the War On Waste, repeated on ABC2 at 8:21 tonight.
It was broadcast on ABC1 last night, and is available on iView.

War On Waste
Wednesday 17th May at 8:21 pm (58 minutes)
Craig Reucassel is on a mission to uncover how much waste we produce as a nation and learn what we can about it. In tonight’s episode he focuses on food waste as a staggering amount ends up in landfill every year.

I also watched it with intetest…but…I can’t believe how much food is wasted by farmers…and they like most blame others for the waste they generate.

I am surprised that they don’t value add the over/undersized bananas which don’t meet specification, such as making banana chips, banana flour, banans concrentrate etc instead of ‘dumping’ them. Value adding also can be used to flatten out fluctuations in revenue/markets.

The same applies to most agricultural commodities/products,

They need also to be part of the solution rather than taking the easy option and dumping perfectly good bananas.

We as consumers need to realise that it is what is in the inside that counts… …and the imperfections in the skin/shape are limited to cosmetic appeal and not quality. We can all do more to reduce waste from cradle to grave ratger than hoping someone else provides the utopian solution with no effort.

Since “almost forever” OJ has been sold with its pulp, and sometime later added pulpless jugs.

Nudie apparently uses the pulp from the “pulpless” juice by adding it to pulp juice making double pulp OJ, and charges a premium for it. What do the rest do with their extracted pulp?

Agreed, surely there is a company producing banana-based products that could use the excess.

@PhilT, I’ve heard that some businesses are getting creative with waste like juice pulp. It would be good to get more of this type of thing happening.

Craig Reucassel is back with another War On Waste special, tonight on ABC:

War On Waste: Turning The Tide
Sunday 3rd December at 7:41 pm (61 minutes)
In a brand new War on Waste follow-up special, Craig Reucassel returns to again put rubbish on our radar. He looks at whether we’ve found any solutions and have Australians changed the way they think about waste?

From an email I received. Report is worth a guernsey,

Hello,
_ _
Earlier this year, presenter and provocateur, Craig Reucassel, put rubbish on our radar with the thought-provoking series War on Waste.
_ _
War on Waste kick started conversations around the country about the staggering amount of waste Australians create every year. From food, fashion to the humble coffee cup, the series challenged pre-conceived ideas and forced Australians to change their behaviours, attitudes and habits.
_ _
To coincide with the program, The War on Waste survey was launched on April 19, 2017. To date, the survey has been completed by 36,722 Australians, making the largest study of its kind ever undertaken in Australia. On behalf of the ABC, we would like to thank you for your responses to this important research study.
_ _
The findings are being shared widely and are incorporated into a special follow up episode, screening Sunday 3rd December at 7.40pm. To access the report please click through the link below.

A great article regarding a couple in the UK who saved around 80% on their wedding banquet by utilising rejected foodstuffs. 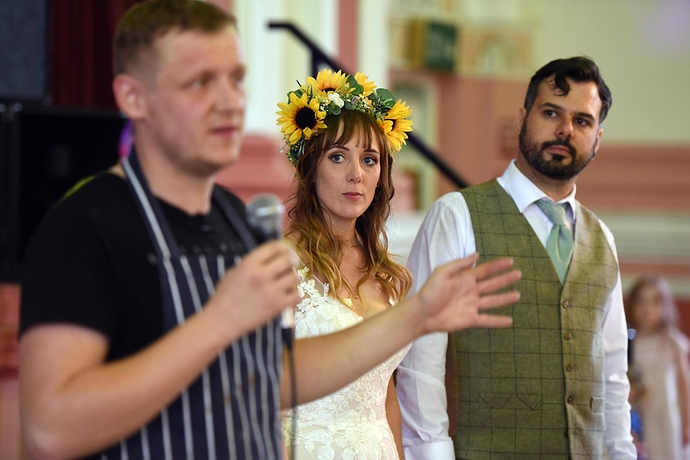 A savvy couple saved hundreds of pounds at their wedding by feeding guests food which would have otherwise been wasted. Kayley and Joe Tilston presented their friends and family with a feast including canapés, salad and a barbecue, created...

An interesting article regarding research into converting food waste into valuable products. 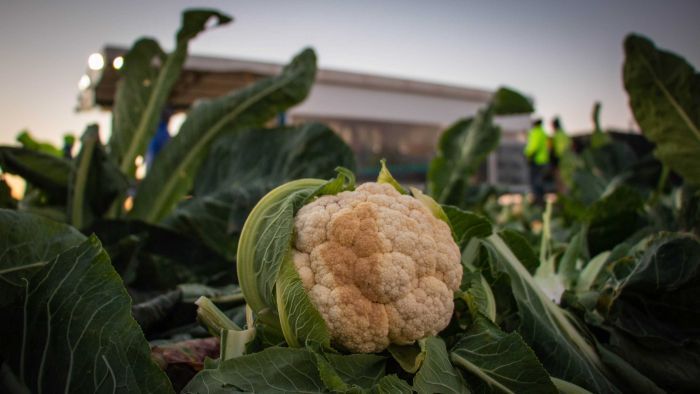 Cauliflower pills: Would you take a tiny capsule to get a serve of vegies?

The horticulture industry hopes a demand for nutrient-rich powders and supplements will create a new market for vegetables and solve the problem of farm waste in the process.

I wonder what becomes of the 99.9% of the product that does not become a pill?

It is still waste, just different.

And then there is all the energy consumed and equipment involved with of all the processing required.

What ever happened to compost?

Is it too much to suggest such projects should be subject to an audit of the options based on environmental, sustainability and economic outcomes? Is there another way to improve the exisiting outcomes. Perhaps increased hand picking of some vegetable food crops is a more sustainable less wasteful solution. Although that would start a whole new discussion on how wholesalers and retailers value products and profit as a percentage of turnover!

P.S.
For anyone who chooses to research any of the dpi advisory sites and other primary industry sources. These offer insights to growing practices. Every commercially grown crop comes with a smorgasbord of fertiliser and chemical treatments that can make up from 10% to 30% or more of the farm gate production cost.

If the proposal to produce pills is a direct replacement per kilo of product, it may be useful. Farmers would only need to produce 70% of the current crop volumes, with significant savings in the use of fertilisers and chemicals for the same national nutritional benefit.

And no longer would there be a need to fight over eating your vegetables? At the dinner table In place of the salt and pepper, ‘pass the dulcolax or metamusil please’ might be the phrase for the new order. To the world of marketing may I please have my pills from a little ‘pez’ style dispensed adorned with a little orange carrot or green zucchini etc.

I wonder what becomes of the 99.9% of the product that does not become a pill?

A significant portion will be water (about 80-95% of a vegetable is water). Water can be removed through heating or other drying methods.

I suspect that the pills will be dehydrated and will contain ver small percentage of water in the contents to ensure product stability and shelf life.

Another article regarding processing waste product into powder. 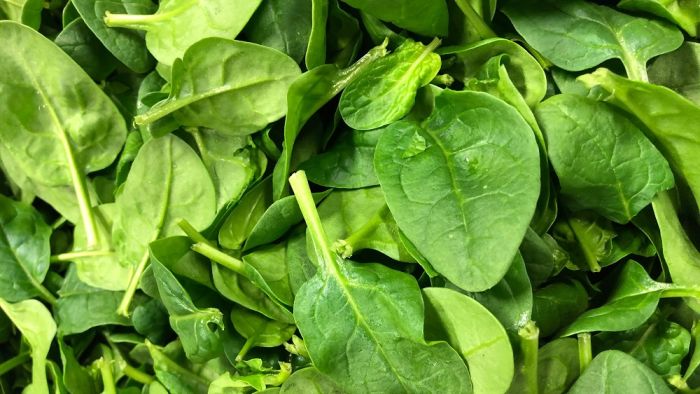 How do you like your spinach, fresh or powdered?

Spinach consumption grows 20 per cent in a year thanks to the vegetable's versality and consumers' health awareness, but growers say more needs to be done. 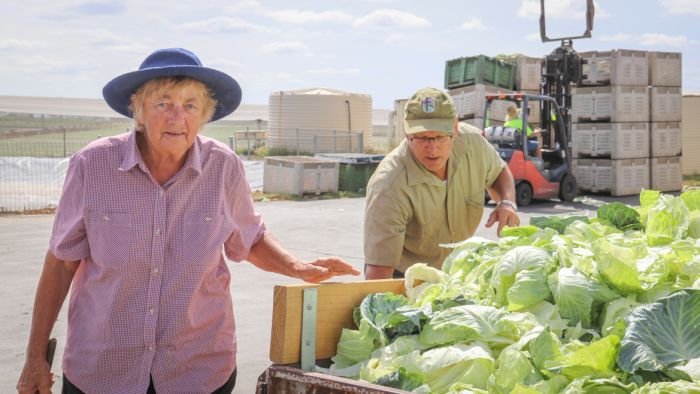