Some articles regarding foods.

Making sauerkraut, coleslaw or roasting it whole; embracing this leafy ball is easy once you realise how.

Should you wash fruit and vegetables before eating them? - ABC Life

It is worth taking extra care with certain foods that are more likely to harbour nasty pathogens.

If your pantry is stocked with pasta, beans and veggies, you'll be able to make plenty of delicious meals.

We use cabbage in jaio zi (Chinese dumplings). The recipe is…

Mix ingredients. Let sit in the fridge for about 1-2 hours.

Fill jaio zi (round dumpling) wrappers (a heaped teaspoon per dumpling). Inside of wrapper is the floury side. Fold wrappers and seal edge with a wipe of a wer finger along the edge before pressing closed.

Place in fridge on a tray (layers separated with baking paper) to let the edge seal…30 minutes. Cook either steam, boil or as pot stickers.

Freeze on the tray. When frozen, separate and bag for future enjoyment.

Serve with dumpling sauce (bought one) or make your own (1 part soy sauce, one part Chinese black vinegar and garlic/chilli to taste).

Asian butcher if you can

What is the difference?

What is the difference?

Western butchers, including supermarkets, tend to use different cuts to make pork mince. Quite often when it is cooked it becomes dry and lacks flavour.

Asian butchers use cuts which retain their moisture when cooked and usually more flavoursome,and as a result are more enjoyable to eat.

7 posts were merged into an existing topic: How to best grow fruit and vegetables at home

I bought a half price Woolworths Roast Chicken With Portugese Stuffing on Sunday for $5.75 and it was one of the most delicious roast chickens we have ever tasted.

The lump of stuffing was pretty ordinary but the flavour of the herbs and spices in it as well as the sprinkle on the skin of the chicken had permeated throughout the meat.

I bought another one on special yesterday for $8.00.

If you want an unbelievably tasty chicken for a great price, grab one by Tuesday.

A tip for making toasties with less mess.

After buttering each slice of bread and placing the filling on one slice, put the other slice on top and butter the top of it.

Then place it upside down on the sandwich press and butter the top.

Much easier and less messy than trying to butter the outsides and then wrangle it onto the press.

I bought another one on special yesterday for $8.00.

I tried to buy another one for the past 3 days but there were none available.

Today there were a couple of free range chooks marked down from $11.00 each to $4.40 each so I put them in the trolley and then asked if there were any Portuguese ones in the cooker.

The staff member said there were 2 and they would be ready in 48 minutes so I asked for them and
I placed the other ones back on the warmer.

When they were ready, they had no price/barcode labels and when that was rectified, the price was $11.50 each.

I said that the other person told me that they were on special all week which is why I put the second one back the other day.

They called the manager who turned out to be the meat manager complete with a bad customer attitude.

He claimed that they had a surplus of them and had a one day only special to clear them and he refused to honour what the staff member told me.

So after some 4 visits and more than 1 hour wasted today, I walked out empty handed as the 2 free range chooks were gone.

Not to worry. The $7 that they failed to honour will be nothing to the business they just lost.

Make your own sourdough bread.

A sourdough revolution has been born — and it's coming to a kitchen near you...

More time at home combined with supermarket shortages of essentials has fostered the creativity of a whole new generation of home bakers.

An article regarding a simple way of separating the tenderloin from a chicken breast.

Woollies have a new range of premium sausages which are as good as those made by prize winning butcher shops.

So far we have tried the Cumberland Pork, Cheese & Truffle, and Italian Beef & Pork.

Highly recommended. especially when marked down.

An article regarding Domino’s tip for reheating leftover pizza.

And an article showing how not to reheat your pizza.

I have been buying unbranded chicken & mushroom pies from the deli at our local Coles. 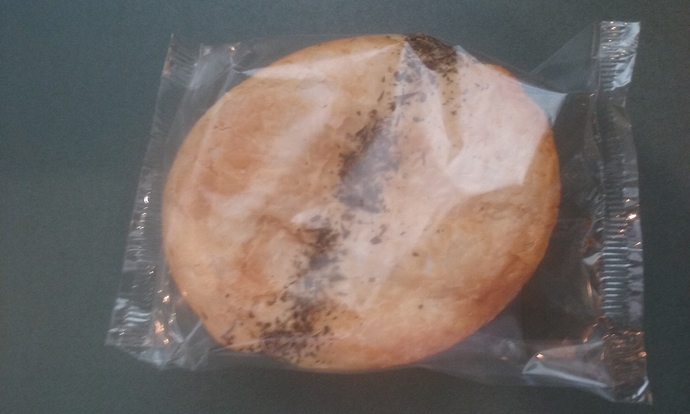 They are the nicest chicken pies I have ever tasted with chunks of chicken and a delicious sauce encased in a crispy pastry.

I remove them from the bag and heat them for a minute in the microwave followed by 5 minutes in the air fryer then add mushy peas and worchestershire sauce for a delicious lunch in no time.

An article regarding making souffles.

I have never eaten a souffle but might just try this.

He is right, souffle is not that hard. I suggest that you practice a bit and don’t do it for a dinner party the first time. Egg foam cookery takes a little practice. A less than perfect product will still be tasty even if it doesn’t look so impressive. I prefer a more tasty cheese than listed. YMMV

Another principle is to keep in mind that even if you do it all correctly the inflation depends on heat. You must serve it out of the oven as soon as it is ready and use warm plates. So do not make the souffle wait for the guests, make the guests wait for the souffle. Also the saying ‘a souffle only rises once’ is not strictly true. If you mistakenly let it cool too much before serving you can pop it back in the oven (keep an eye on it so it doesn’t burn) and it will re-inflate somewhat.

When I visited our local Supa IGA the other day to buy a piece of pumpkin instead of the tasteless, often half green Kent and Butternut pumpkins at Coles and Woollies, I noticed that as well as the Jarradale which I usually buy, there was a bright orange one named Orange Glow which I bought.

It was delicious with great flavour and texture similar to the Kabocha ones Coles sold some years ago.

Today I just saw this article on the ABC News website.

Want to have your pumpkin and cut it too? Now there's a new variety of the vegetable that's not only pegged to be more nutritious but, perhaps most importantly, also comes with a thin skin.

If you see it and you like roast pumpkin, give it a try.

An article regarding the differences between potatoes and sweet potatoes.

Why eating a sweet potato is healthier than a regular potato

I prefer to eat both of them.

At last. The food tip you have been waiting for.

A Sydney foodie has shared her trick for slicing an entire punnet of cherry tomatoes at once, and all you need is two plates and a knife.

Cutting cherry tomatoes in half is so exhausting and using this tip means you only have 2 extra plates to wash up.

A video showing how to open a can without a can opener.

Good to know: How to open a can without a can opener

You never know when you're in a time of need and you need to open a can without a can opener. If it ever comes to this: we've got you covered.