The Chemist Warehouse is offering Flu Shots for the small price of $12-99… - why they do not just call it $13-00 I do not know, marketing I suppose, but that is a very small price to pay to AVOID catching the Flu or in helping to keep the side-effects minimalized…

My uncle died of the Flu…!

Remember it’s possible to get vaccinated too early, as the vaccine is most effective for the first 3-4 months, and peak flu season is generally June - September. This is based on the 2018 official guidelines.

thanks for sharing this important information tpeter267

My GP usually calls me in toward the middle of May for mine.

You are priveleged then.

Our GP and his associates run “flu clinics” so they can organise around 20 persons at a time and milk it for all it’s worth.

Even if I visit my GP for another matter, he will not do a flu shot at the appointment until they have finished their “flu clinics”.

Remember it’s possible to get vaccinated

It is best to speak to a medical professional about when is the best time for one to be vaccinated based on one’s own risks and likely peaks for the upcoming flu season.

That has been the problem with the cheap flu shots at Chemist Warehouse as they have been using last seasons mix and/or 3 strain mix instead of the new season/4 strain mix.

Anyone remember when the Federal Government approved the pharmacists to carry out flu shots and the medical practioners were all up in arms about health concerns, oops, lost income?

Well the pharmacists are now up in arms over the Federal Government’s proposal to allow doctors to issue scripts for 2 month’s supply of a medication. 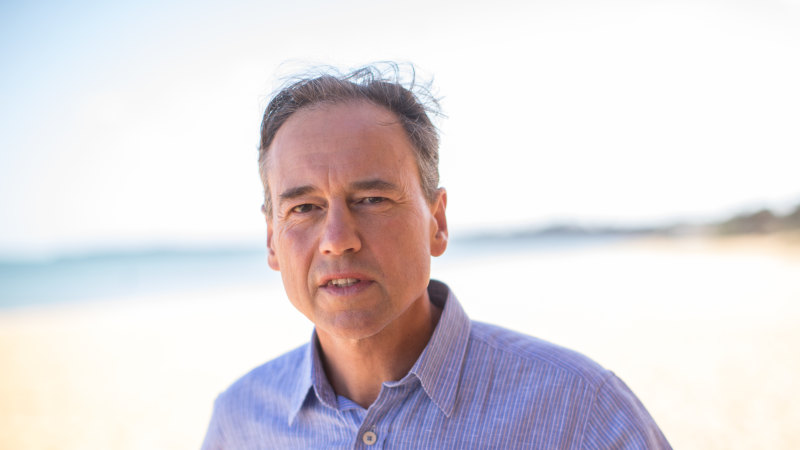 The Federal Government has shelved a plan to deliver cheaper medicines to millions of Australians by doubling the number of tablets that can be dispensed in a single trip to the chemist, after lobbying by the powerful pharmacy guild.

You have to love the greed and hypocrisy.

Lost revenue? My local GP administers the flu shot at cost price! And it’s always the latest one available rather than the few strains done at chemists.

It pays to make sure we’re actually getting vaccinated with the up to date vaccine.
Last year as the doctor was getting ready to write a script for me to hand over to the clinic’s nurse, I remembered to ask if it was the new 4 strain vaccine. After making enquiries he replied that the new quadrivalent one hadn’t come in yet, and to go back in a few weeks.

You are priveleged then.

Not really. I’m in a very high risk group for several reasons. The Practice does do clinics, just that my GP will get me done asap.

You have to love the greed and hypocrisy.

You don’t have to love it …

Greg Hunt does have an illustrious background in ‘Health’ - according to Wikipedia:

Hunt was born in Melbourne and attended the Peninsula School.[4] He went on to Melbourne Law School, where he won a prize for a final-year thesis he co-authored, titled A Tax to Make the Polluter Pay .[5] Hunt was an associate to the Chief Justice of the Australian Federal Court in 1992, and subsequently attended Yale University as a Fulbright Scholar, where he obtained a Master of Arts in International Relations.[4]

I was referring to how the doctors reacted some years ago when the pharmacists were approved to supply and administer flu shots on the pretext that they were concerned about consumers health risks and not their income, and how the pharmacists now reacted when the Government proposed to approve doctors being able to issue scripts for 2 months supply of a medication instead of just 1, thus providing a very considerable saving for consumers at the expense of the pharmacists.

Nothing quite like protecting the old vested interest.disguised in the name of consumer concerns.

Maybe? I thought they were both dodgy?

Nothing quite like protecting the old vested interest.disguised in the name of consumer concerns.

all I smell is golf fees and Porsche

OT but re the issue of pharmacies, et al, regulation, Greg Hunt has (had) high aspirations in the Liberal Party, like most pollies in all the parties. His qualifications for being minister of anything are equal to the vast majority of ministerial appointments. Winning the seat, attracting donations, stay on selling their message regardless of subject at hand, and voting party line regardless.

He once was minister of an agency where he actually had decent credentials, but his decisions and stewardship of that agency belied any of it. Politics first, nothing second. He lauded ‘his’ agency and its work for 15 minutes, closed by announcing a large reduction in funding in his last two sentences and hastened out the door. it was his (and other pollies’) style.

No, I was at my GP last week and they said early april, have a short appt today so will ask again. They said they have the paid ones not the free ones which I usually get.

In relation to when to get the flu shot, it appears that getting it before April is too early and May is the sweet spot for timing based on the historical peak for the influenza virus which is usually in August. This website has more information…

An update regarding the 2019 flu shots availability and the contents.

As well as there being a limit on the time the flu vaccine being effective, there are variations to the vaccine for seniors. Also, the flu vaccine is free for various groups, such as seniors, children and people with compromised immune or respiratory systems.
So, I would suggest that going to a Medical Practise is a very good option to make sure of the correct timing and maybe to avoid unnecessary cost. However, I notice from some comments that there appear to be some Medical Practises that use flu vaccination as a revue source - my suggestion is go somewhere else. That being said, in ACT (not sure about other Sates or Territory) it is a requirement to see a GP, or a Nurse qualified to give vaccination.