In March 2017 I purchased a Euromaid F54GW stove from The (so-called) Good Guys. This stove has an electric grill and oven which are still working well. However, the gas cooktop has never performed really well.

In September 2018, while the stove was under warranty, Glen Dimplex Australia (GDA), the distributors for Euromaid, sent a repairman to repair the right-back burner which had stopped working. He made some minor repairs and gave us some advice such as to hold the burner on for three seconds to get it to ignite and don’t worry about the noises coming from the left-front burner.

Not long after the warranty had expired we were having more troubles with several burners. A local plumber looked at it but declined to repair it. He said that to do it properly he would have to pull it apart and replace parts and he wasn’t sure about availability of parts. His reaction made me wonder if it had actually been repaired fully by the GDA repairman while under warranty.

I contacted GDA and presented my case and they agreed to send a repairman as a goodwill gesture. He came and pulled the top of the stove apart and replaced several parts in the burner. I got the impression he was doing a thorough job. His advice re the starter was to hold it on for five seconds.

After the repair it worked well for a few weeks and then starting problems returned. I contacted GDA and the repairman returned. Once again, when he left, everything appeared to be working well. However, a few weeks later two of the burners either would not light or lit with great difficulty, eg. holding it down for 10 seconds again and again and again. Sometimes even that would not work.

I decided that I was not going to continue having this stove repaired. As far as I am concerned it not fit for the purpose for which it was manufactured and for which I purchased it. I contacted both GDA and The Good Guys and asked for a full refund and gave them ten days to reply. GDA responded with an acknowledgement of my email stating ‘We will look into this request for you’. Several weeks have passed and there has been no further communication from either GDA or The Good Guys.

I guess it is time for me to take this to the next step.

I contacted both GDA and The Good Guys and asked for a full refund and gave them ten days to reply…I guess it is time for me to take this to the next step.

Although you have requested a refund, and since one has not been forthcoming so far, if you have not already done so it may be time to send your Good Guys franchisee a formal letter of complaint using the templates available. 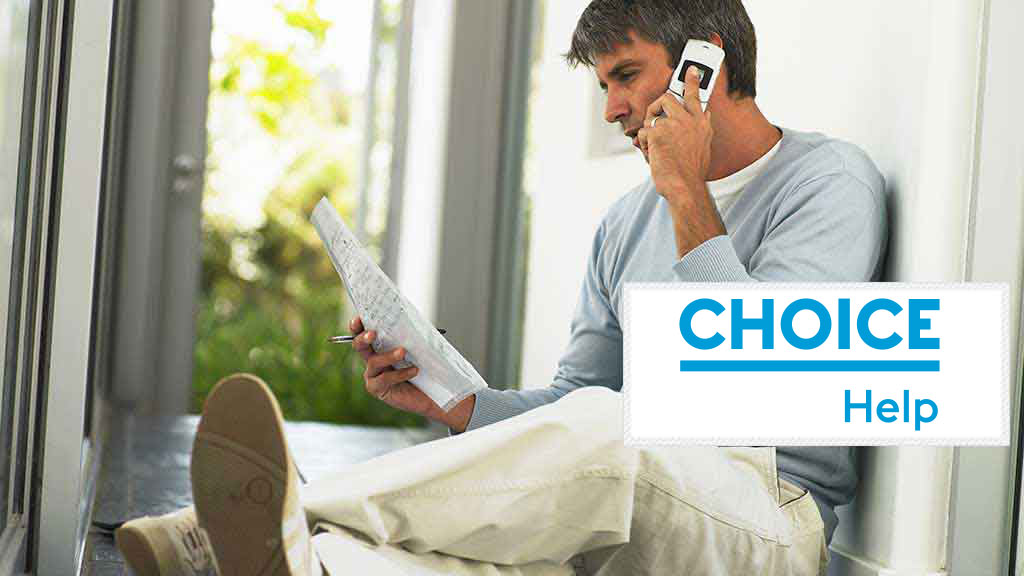 CHOICE's templates and phone scripts will help you write a letter or email of complaint or make a telephone call when you have a consumer problem.

Anything less can become ‘idle chit chat’ in the process of exercising your rights. The content needs to state your rights, salient aspects and claims of the product you purchased, and how it failed and its history, and as you have done already but within ‘the letter’, what you want and by when (as you have done). Write it as if you are a silk in front of a judge.

If you need to go to your Fair Trading agency the difference between having a formal letter of complaint served, and having just asked for a refund, can be huge.

Please keep us posted how you go, and good luck with a timely resolution.

Whilst there are only 2 reviews for your Euromaid model on Product Review, both scathing, there are some 43 reviews for a Euromaid GG90S cooker, almost all of which are also scathing. It would appear that Euromaid ovens are rubbish and their service is virtually non-existent,

Thanks for the tips. After reading them I was checking the Good Guys website to see if I could find the name of the local manager. What I found was a form designed for the purpose of asking for refunds. I filled it in and used wording from your sample letters made my request. It states that they will respond within two days. So, let’s see if they deserve their name.

Thanks also for fixing the inappropriate way I added it to the Shonky list.

Is the form you found the one linked here?

Prior to JBHiFi taking over most TGGs were a franchise-like arrangement and the co-owner’s name was atop their store’s web page. It appears JB is homogenising and making the stores less individual/personal.

If you do not get satisfaction or at least meaningful engagement in the 2 business days (they may be slower because of COVID-19 issues so you might give them an extra few days). use ‘The Letter’ tool and send it to Mr.Terry Smart, MD, The Good Guys Unit of JBHiFi, PO Box 154 Niddrie, VIC 3042 with tracking to assure TGG received it. I was only able to find one potential source for his email (without playing trial and error) and I am not sure I would register with this source myself, but here is a link.

Thanks for your understanding

So far have had a response saying ‘We have forwarded your enquiry to the relevant store and they will get back to you shortly.’ Will keep you posted how things develop.

We have forwarded your enquiry to the relevant store

Brace yourself for a possible dodge and weave. Do you know if your TGG is a fully company owned store now, or a remaining co-franchise? If it is a co-franchise the specific store would ‘own’ the problem since they were effectively individual business units in a practical sense, but if it is a company store it is TGG the company, and Mr Terry Smart owns your complaint whether or not he realises it.

I look forward to the next instalment.

So far, no further response. How long do you think I should wait before I take my next step?

How long do you think I should wait before I take my next step?

If you put a reply by date in your complaint, no more than that day + 2 business days, those allowing for COVID-19 ‘overheads’. If you did not include a reply-by date, I would go 4 business days from your complaint date (2 per their service level + 2 for COVID)

As there has been no further response, I have now sent a letter with details of the issue to Terry Smart at the address you gave above.

sent a letter with details of the issue

I trust that was in the formal ‘letter of complaint’ format, and was tracked to have evidence of receipt.

In your place I would wait 2 weeks, and if still crickets lodge formal complaints with your state fair trading citing all the details and TGG lack of response to your letter, cc to the ACCC.

Thanks Phil, yes, I would think of it as a formal letter of complaint format and I gave 2 weeks for a reply from the day I sent it. I sent it by registered mail and have been tracking it. There is a delay in deliveries at the moment because there are fewer flights. I posted it on Monday and so far on Friday it has not been delivered.

Have you made any progress with TGG regarding your cooker? If not, have you taken your case to Fair Trading/xCAT?

Hi Phil, Thanks for your continued interest. Just checked Australia Post tracking and my registered letter has never been collected. I passed the issue into the hands of the Office of Fair Trading about three weeks ago. Further repairs have since been made. Just giving it a little more time to see how they go. Will report again soon.