An article regarding the anlysis of a dead killer whale which was found to have 100 times the toxic threshold of PCB pollutant. 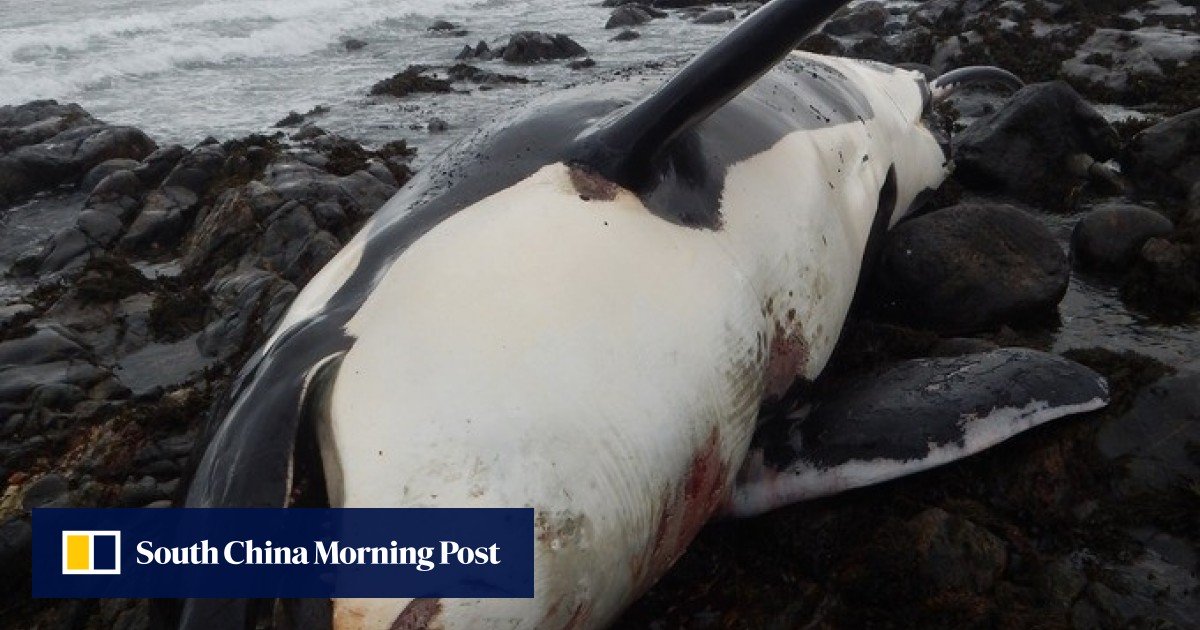 The tragic tale of Lulu, the world’s most contaminated whale

And an article regarding the sordid history of PCB which was principally brought to you by the altruistic people at Monsanto.

A polychlorinated biphenyl (PCB) is an organic chlorine compound with the formula C12H10−xClx. Polychlorinated biphenyls were once widely deployed as dielectric and coolant fluids in electrical apparatus, carbonless copy paper and in heat transfer fluids. Because of their longevity, PCBs are still widely in use, even though their manufacture has declined drastically since the 1960s, when a host of problems were identified. With the discovery of PCBs' environmental toxicity, and classification a... 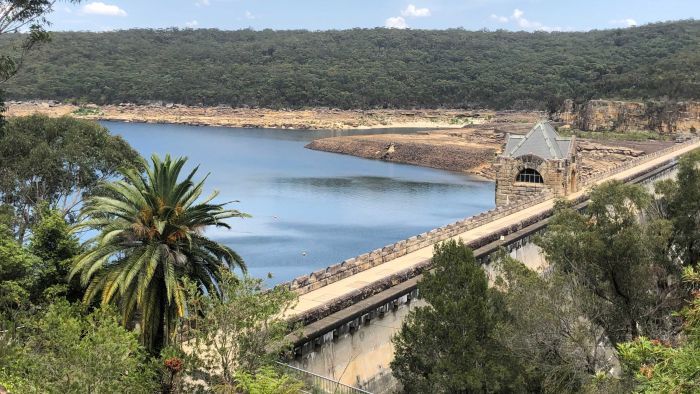 But somebody profited from whatever caused the contamination, so it’s all good.

The sediments are a by-product of coal-mining activity, which over many decades has damaged Sydney’s rock beds, swamps and streams.

I an also wondering if this is a bit of hysteria by the ABC.

Australian natural soils and sediment which would be entering the dams during every rainfall event, contains between 1-5% iron. Reducing conditions such as that at the bottom of a dam can also increase the availability of iron (make the iron more water soluble.

Iron is also added at many water treatment plants to assist in the settling out of solids. Any water soluble iron can also be readily removed through a waste water treatment This paper explains the process.

The article also explains that a possible cause was coal mining in the catchment areas and there was increased Al found in the sediment. Along with these as the article explained was “It looks like sludge or ooze,” Dr Wright said.

“It’s a very viscous, runny sort of mud at the bottom of these reservoirs.”

"Inside this sludge there are salts and minerals, there is iron, aluminium and manganese.

There is lithium, strontium, barium, titanium. There is going to be zinc and nickel."

Yes it is filtered out to acceptable levels and mixed with other supply sources to reduce impacts but if all the Dams/Reservoirs are getting under similar pressure the risks do increase. It is not simply iron, it is just an indicator of a possibly much larger problem, sort of the Canary in the cage.

Inside this sludge there are salts and minerals, there is iron, aluminium and manganese.

There is lithium, strontium, barium, titanium. There is going to be zinc and nickel."

These are all in soils and their eroded sediment. Sediment in anaerobic conditions often goes black like a sludge. It can also go dark greys to bluey greys depending on the minerals/nutrients present. There are coastal submerged soils where the submerged part of the soil profile is black/dark grey/bluey grey due to reduced conditions (lack of oxygen). They are also often quite smelly when exposed to the air.

Indeed they are but concentrations can be increased by contamination that is not natural ie the result of man made disturbance or dumping. If you live in an Arsenic rich area then increased amounts of natural Arsenic are to be expected. Dumping of soils or debris that are rich in Arsenic into an area not having that concentration naturally would likely be an offence. If that dumped material got into a water supply system there would more than likely huge outcry and a search for the culprits. The difference being what levels are to be expected and what levels are being experienced. In the article it was looking at the Coal Industry practice of mining etc in the water catchment areas and the contribution of that as contamination of the supply. If natural and expected no issue other than perhaps poor initial siting but if not then a issue of external un-natural contamination.

They can, but the fines from mining would be from naturally occurring geology…unless the mine had been approved to take in waste external of the site…which is unlikely unless there is evidence otherwise.

There are national health and environmental guidelines which provide indicative background levels of metal contaminates, but these are guides and representative sampling of uncontaminated soils needs to be taken to determine normal levels…which could be higher in some cases than the guide levels.

If there were non-natural contaminates such as hydrocarbons in the sludge, then this may indicate non-natural sources. None or the metals confirm non-natural sources…there is a lot more work to prove otherwise…sampling and testing of soils in the catchment…as well as potential releases from all land uses, including mining.

I live in a coal-mining area. Mining breaks the back of the country, allowing water to penetrate where it won’t naturally go. Water that percolates through coal measures picks up contaminants, like hydrocarbons and metals. Any pretense that it isn’t a problem is, quite frankly, evil.

A US article. Australia’s laws are much stricter, so this sort of problem won’t arise here.

Of course not. Never happen. 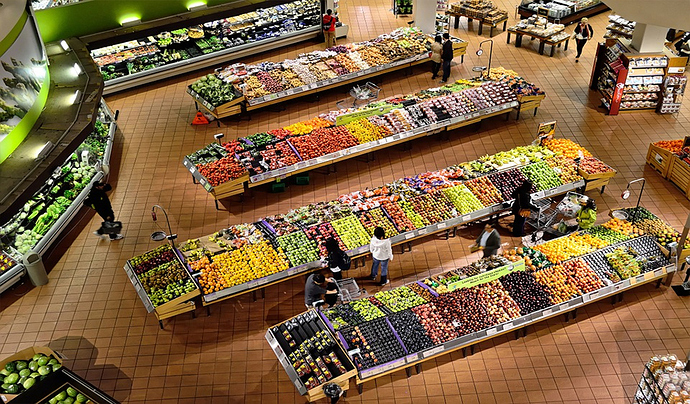 'Organic' Food from China found to be Highly Contaminated

With imported food from China donning the 'organic' label flooding US-grocer shelves, there are 9 foods to absolutely avoid due to high concentrations of toxic residues.

Leached tailings, groundwater contamination and so on have occurred many times with mining. Pollution of rivers, soils, air has all occurred and have been reported on. The fact that the origin was naturally occurring eg Coal seams, or in the case lead contamination from lead mining, or copper from copper mining does not make the contamination natural unless it exists at the same levels it existed at prior to the mining. If it is worse now then that is contamination, if it is much worse it steps into the realms of being possibly criminal.

I agree again that metals may be natural sediment but if the levels are higher than natural then another source is almost invariably involved. There is a lot more work to be done but the history of work already undertaken Worldwide shows that mines do pollute, there is a problem from pollution and caution both in determining if there is fault and in allowing mining in sensitive areas both need to be considered. As an example Mt Isa Mines and Lead pollution in parts of that city are very well linked, I am sure if there is a link to contamination in the Water supplies in Sydney it will be found. History would suggest that mining in the catchment area has had an impact though.

An example of enviromental contamination from neglient mining activity right here in FNQ,

The ABC News website today has an article regarding the absolutely disgraceful contamination of a FNQ waterway and its effects on the local residents who have had their lifestyles destroyed due to it. It is high time that Governments actually got serious with these type of repeat offenders instead of merely allowing them to walk away laughing after they scuttle their latest business failures.

My solution is simple. I refuse to buy any food from China, organic or otherwise.

Leached tailings, groundwater contamination and so on have occurred many times with mining.

Yes, and there are many good examples such as Mt Morgan gold mine and acid mine leachate (drainage) from tailings entering the Dee River.

History would suggest that mining in the catchment area has had an impact though.

Yes, runoff or subsurface water movements from a mine within the catchment of the Sydney dam could contribute to the water quality in the dam, but to say that the black sludge at the bottom of the dam are ‘are a by-product of coal-mining activity’ is a little hard to believe.

As the dam catchment contains both disturbed and undisturbed landscapes, all these would contribute to sediment collecting in the base of the dam.

It is also worth noting, possibly for ‘balance’ that the ABC article indicates that further research is needed into why metal concentration are elevated.

The impact of mining in water catchments was last year probed by an independent expert panel appointed by the office of the NSW chief scientist.

Looking into the area a little deeper, only one mine appears to be within the catchment of Cordeaux Dam, that being Cordeaux Mine. This mine has been closed for close to 20 years and has limited surface disturbance (there is no evidence of tailings from coal washing or from other activities).

It is also worth noting from aerial photographs there are two active mines to the east of the dams, which are underground operations. The surface work and stockpile areas for the mines are within catchments which flow to the east and are not within to the west to the two dams in question.

This would indicate that if there was a potential impact of mining activities on dam water quality, it would be a result of the underground workings and seepage from these workings to the surface water catchment of the dam and not from sediment from surface mining activities.

As the area has high relief, the soils on upper levels will be highly oxidised and contain high concentrations of sesquioxides, like other Australian soils in similar locations. These sesquioxides will principally be of iron and aluminium forms and their presence can be readily observed through the ‘rusty’ orange to red colours of the soil.

It is also worth noting that the article may be the result of the environmental group Protect Our Water Alliance, which has been demanding from the government the cessation of coal mining beneath the Sydney dam water catchments. The Alliance also has stated that Peabody’s Metropolitan mine

has submitted plans seeking permission to begin mining the next longwalls, it is likely these plans are for LW305, 306, and 307, which will run directly under the dam itself. We have been advised the Planning Minister Rob Stokes will make a decision about whether to proceed with these sometime over the next couple of months."

This may go to the heart of the ABC article.

A US article. Australia’s laws are much stricter, so this sort of problem won’t arise here.

That’s why some creeks in the upper Hunter (way above the tidal zone) are salt water.

That’s why some creeks in the upper Hunter (way above the tidal zone) are salt water.

‘Tip of the Iceberg’? Although bergs are supposedly all fresh water.

Two of the states I am more familiar with, NSW and Qld manage publicly accessible Contaminated Lands Registers.

However what’s not apparent is the size of any grey zone. Land that is not outwardly toxic, but degraded due to waste heaps, run off, etc.

Further,
Active mining or industrial facilities have monitoring and reporting obligations. Any no longer active site typically has lost it’s owner. Disused coal and other mine sites included. The cost of monitoring these typically falls on the public purse. There is much catch up to be done.

Another article regarding a marine creature filled with contamination. 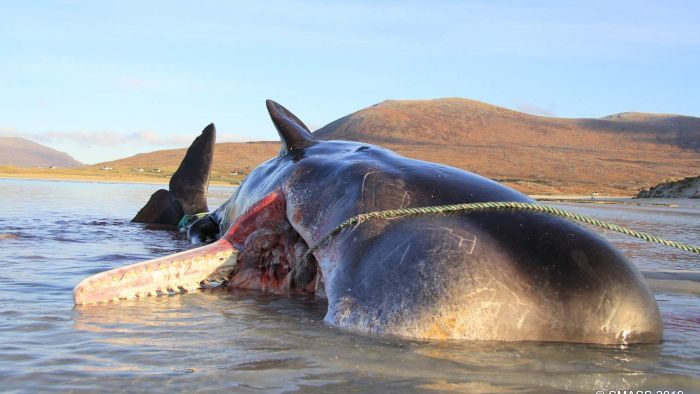 Dead whale found with 100kg of rubbish inside its stomach

Researchers found netting, rope, plastic cups, bags, gloves, packing straps and plastic tubing in a huge ball inside the sperm whale's stomach after it beached on the shores of Scotland's Western Isles.

See the following Tweet regarding current fires in NSW and the smoke clouds they are producing: 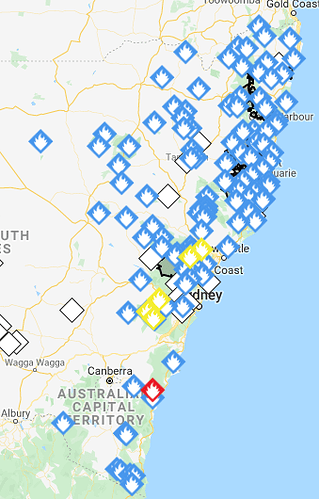 Smoke from fires up and down the NSW coast 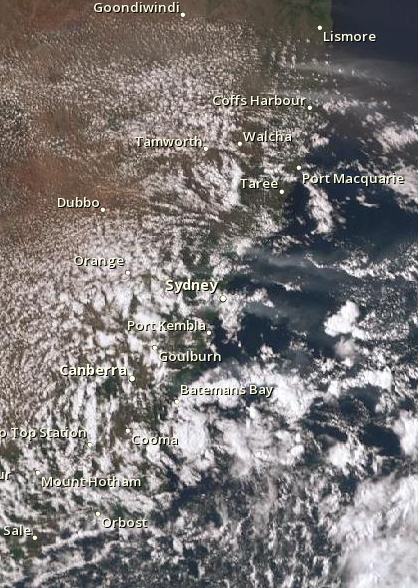 An article regarding PCB’s poisoning porpoises. 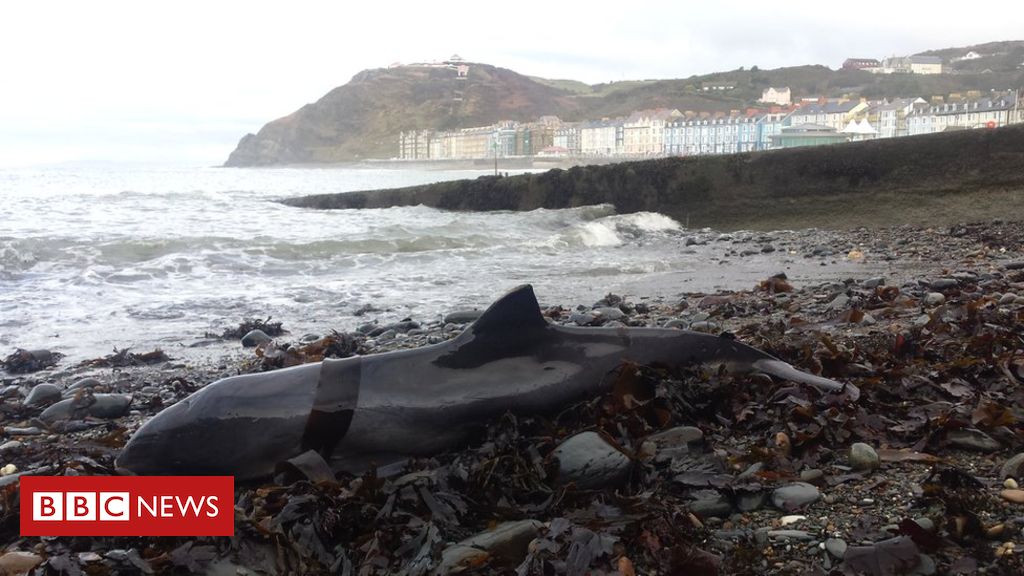 Potent chemicals are unwittingly passed down from mother to calf, according to a UK study.

PCBs are one of those chemicals it is possibly wished was never invented. It is also a chemical that should be kept out of the food chain.

On a positive note, PCBs can be collected, processed and made inert. It is just hoped that all PCBs present in the world go through such processes rather than being released into the environment.