Check these pics out of Woolworths branded asparagus. Not sure what the bacteria growing on it might be. Sent it to Woolies for analysis and got a whopping $10 voucher for almost getting poisoned. Glad I spotted this before eating it. 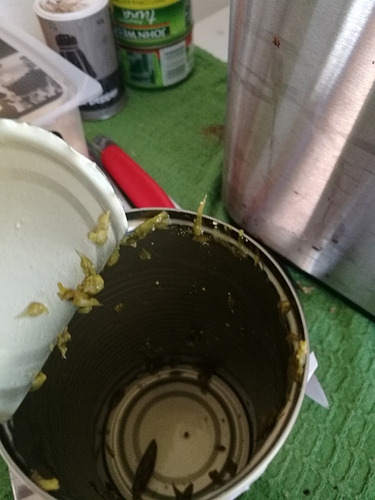 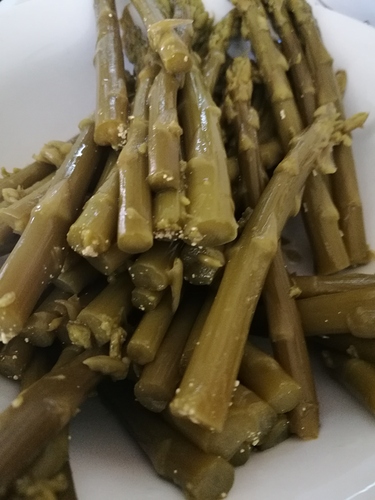 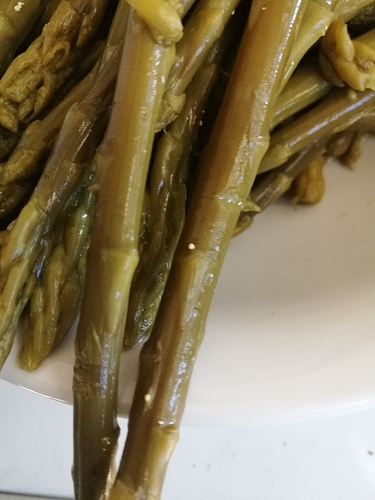 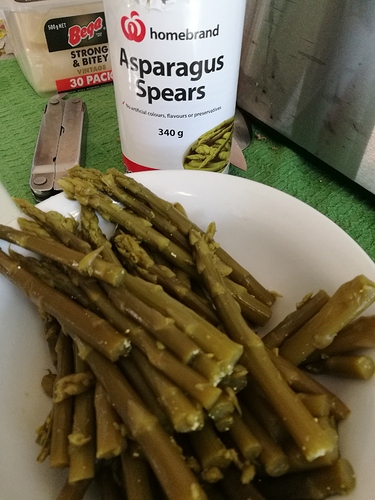 Close call @glenn.latch! Thanks for sharing

Was the can ‘bloated’ or released significant pressure when pierced with the can opener?

If not, the spots are most likely to be pre-production - on the asparagus stems before canning. In such case, if it was a fungal infection (most likely from photos), it would have been sterilised/killed through the heat treatment after canning.

If the can was bloated, it could mean that the can had a very small leak/hole in it allowing microbial growth - this could be through the manufacturing process or being damaged between manufacturing and being consumed…e.g. dropped at the supermarket or at home when putting in the cupboard. As a general rule, any bloated cans/release pressure on opening should not be consumed. Unless they are meant to be bloated like carbonated drinks, where the reverse applies…don’t consume unless gas released on opening.

Rusty cans can also allow contamination through the rust as it is porous and breaks the cans integrity.

One can’t blame Woollies if there is fault the manufacturing process as these occur from time to time and can’t be avoided…this is why the above consumption rules apply. You are lucky that Woollies provided a voucher about 5+ times the value of the canned asparagus…they only had to provide you with a refund of the amount of the can. This shows a good gesture on behalf of Woolies.

I have had possibly 3-4 cans which showed post manufacturing microbial contamination, but didn’t take them back as not sure if the contamination was because of my handing/storage practices.

The Food Standards Australia and New Zealand has good information/advice as well.

I try to only buy products in glass or see through plastic .