Weighted blankets from brands like Gravity and Calming Blanket claim to help anxiety, insomnia and ADHD. But do they work, or are they just a gimmick?

Post your evidence or reasoning below and we’ll award BS Buster badges to the best answers.

Touch does change mood, quite considerably in some cases but the response is not the same for everybody. Some people will enjoy a hug any time, some not. LIke wrapping babies, it calms some and not others.

Before we get into ‘but does it really work?’ the placebo effect makes such questions doubtful in some cases. If you actually feel better and that is the aim of the treatment, provided it does no harm, then who cares if it ‘really’ works?

Very interesting question as I had never heard of a weighted blanket before. It appears that the ‘craze’ started through a kickstarter funding for Gravity…noting that operators of Kickstarter requested that Gravity water down its claims in relation to a weighted blanket benefits through the fundraising campaign. This in itself makes one sceptical in relation to the claims be made today.

It is alleged that the weighted blankets result in a deep touch pressure which is supposed to be calming, results in better and potentially longer sleep and reduce anxiety/stress.

It is also worth noting that there is some scientific evidence that a lack of sleep is one of the triggers for anxiety/stress. Maybe if the weighted blankets work, they don’t actually treat anxiety/stress directly, but if they create better sleep pattern/longer sleep, it may have a secondary effect of reducing anxiety levels in those who have sleep deprecation/disturbance based anxiety.

Now some personal anecdotal evidence.,…I have never used a weighted blanket, however do sleep a lot better in Brisbane winter months when one usually has a few bed layers on. I have often thought is it because of the cold weather, is it because of the extra blankets/covers or does warm, humid nights not comfortable when about 30% of ones body surface is in contact with a sheet covered mattress. I have assumed that it was both the covers and also the cooler weather…as well as possibly the longer nights which potentially trigger serotonin earlier as sunset is earlier. Higher levels of serotonin due to longer dark period before bed in winter may contribute to better sleep?

Now based on my own anecdotal evidence and if I were a believer, maybe the better sleep was due to the extra winter bed covers to keep me warm through Brisbane’s mild winter nights.

What about babies…there is the practice of swaddling babies to encourage better sleep. While there have been mixed reports on the safety of swaddling, swaddling would likely create deep touch pressure. Is this the cause of babies sleeping better or is it because the swaddling replicates the womb where the babies are constrained…making the baby feel more secure etc. Is this where the weighted blanket theory comes from and why it is marketed to benefit sleep?

I know as I have got older, I find tight bed covers very restricting and these in themselves cause sleep disturbance.

Now the relied on scientific evidence…There are two research papers relied on by the weighted blanket industry to validate their claims, these being:

Exploring the Safety and Therapeutic Effects of Deep Pressure Stimulation...

Pilot study of a sensory room in an acute inpatient psychiatric unit.

The use of sensory rooms (also known as comfort rooms) to reduce seclusion rates has generated a great deal of interest. This study examined the outcomes associated with the introduction of a sensory room in an acute inpatient psychiatric unit.Consumers rated distress and staff rated a variety of disturbed behaviours before and after each use of the room. Items used during each episode were recorded.Use of the room was associated with significant reductions in distress and improvements in a range of disturbed behaviours. Those individuals who used the weighted blanket reported significantly greater reductions in distress and clinician-rated anxiety than those who did not. No changes were noted in rates of seclusion or aggression.The sensory room was an effective intervention to ameliorate distress and disturbed behaviour, although this did not translate into reductions in overall rates of seclusion or aggression. Weighted blankets appear to be particularly useful.

These two studies are interesting, the first indicates that anecdotal evidence of participants using the weighted blanket, many (not all) reported lower anxiety and also liked the blanket for calming modality. The paper however was not conclusive and indicated that further research is needed in the area, with the paper being a basis for future research.

The second paper looked at use of sensory (or comfort) rooms for psychiatric patients. In this room patients also used weighted blankets. The paper commented that weighted blankets were particularly useful when used in a sensory room and better than the sensory room alone. It is however not clear if the blanket alone provided the reductions in overall rates of seclusion or aggression or the combination of both the blanket and the room.

OBJECTIVE: To assess the effectiveness of a weighted-blanket intervention in treating severe sleep problems in children with autism spectrum disorder (ASD). METHODS: This phase III trial was a randomized, placebo-controlled crossover design....

It is worth noting that in relation to sleep of the autistic children, the study found " There were no group differences in any other objective or subjective measure of sleep, including behavioural outcomes." However, “On subjective preference measures, parents and children favoured the weighted blanket.” This does sound a bit like a placebo effect?

This one came to similar conclusions that the blankets did not have any effect on the sleep of children part of the study. This article also indicates that there could be further research needed into weighted blankets (to confirm the papers findings?).

It is also worth noting that weighted blankets have been patented. However this does not mean it works as there are many patented products which don’t live up to expectations…

Now the conclusion…based on the research, there is insufficient research demonstrating that the weighted blankets have the claimed benefits. Any research which has been done and not used by the industry seem to suggest that the blankets have no or limited affect on sleep patterns. If this primary research proves to be correct and ones anxiety/stress is caused by poor sleep, then the blankets are unlikely to have any scientific basis for their claims…however, a well know effect, that being the placebo effect, is known to have positive effects on anxiety/stress. At this stage, until proven otherwise, it is likely that the weighted blankets have a placebo effect which is reflected in the outcomes of the first research paper where most participants preferred the weighted blanket as a calming modality. The placebo effect can be very powerful physiologically.

Anecdotally, I do sleep better when it is cooler and with more covers on…but this is possibly being compared and referenced to sleep in a hot and humid Brisbane summer where a good night’s sleep can be difficult. I think I will stick to my existing natural (cotton, wool and silk) covers and use these to get a good night sleep.

Speak to any teacher who has autistic kids in the class - its not a cure-all and doesn’t work for everyone but a definite tool in the toolbox for autism/spectrum … and there are many tools, its about finding the ones that work. I’ve not heard about it being used for ADD/ADHD, but I’m very much a lay-person in all these areas.

When it comes to evidence, some of these conditions present huge challenges to people wanting to ascertain the effectiveness of particular methods. I’ve heard people assert that ADD/ADHD isn’t even a thing; I don’t subscribe to that view as such, but labels are just that and it’s very difficult to define something clinically that can’t pass an absolute test reliably and repeatedly - science often ‘scores’ these things, which I believe is valid, but hardly iron clad.

I wonder if they still have the magnets from the magnet therapy on the bed? They could be used to attract the metal in the blanket thereby making it heavier.

With the weighted blanket, more pronounced movements will be required when rolling over in bed, so it is imperative that the crystals be firmly secured on the bedhead, lest they fall and cause the sleeper an injury.

Also, more fire detectors will need to be installed to give the sleepers more notice, as it will take longer to get out of the heavy blankets. ‘Normal’ blankets could simply be thrown off. Heavy blankets will require manouvering off. Therefore extra time will be required.

Finally, users of heavy blankets should not be concerned if they wake up a bit befuddled as this is a know side-effect, commonly called a heavy blanket of fog. 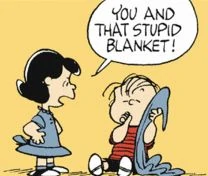 maybe you have a point. …it could be cheaper to buy one of these rather than a weighted blanket, to get the same deep touch sensations… 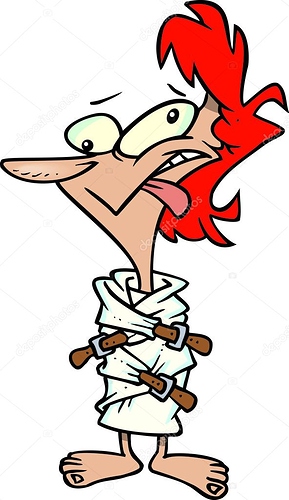 Exactly my thoughts and actions!
I do not find heavy (even unweighted!) blankets very comfortable at all, preferring the weight on me to be as light as possible. In summer that usually means no cover or a sheet, and in winter flannelette sheets with a light doona, which is of very low density and doesn’t weigh heavily on me.