An article regarding scammers using the coronavirus to rip people off. 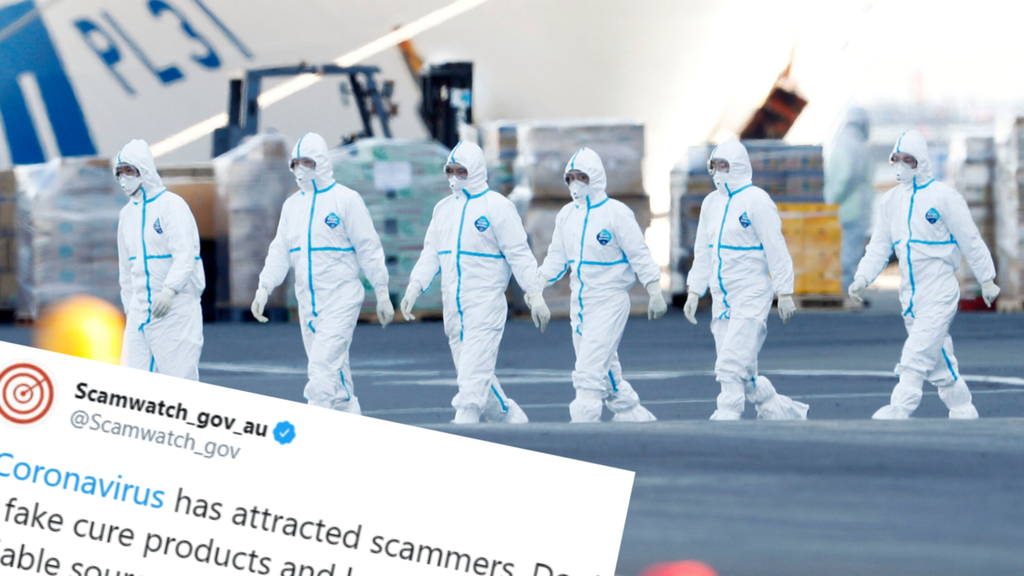 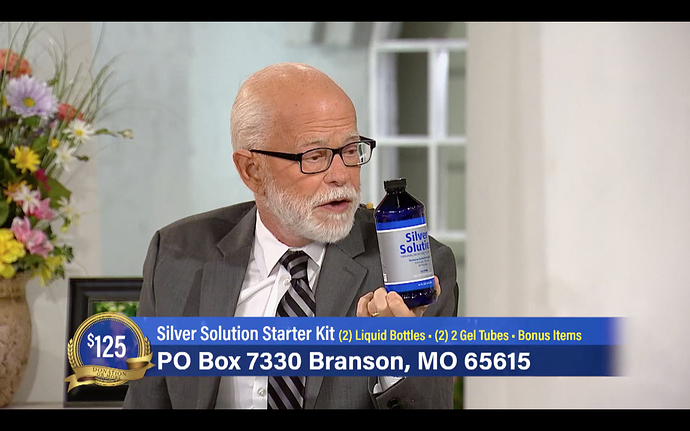 The product contains chemicals known by the state of California to be dangerous, according to Bakker's website.

I was not aware Bakker was “back in business” after going to jail for fraud. It must have been some sort of miracle.

A guest on televangelist Jim Bakker’s show suggested on Wednesday that a product sold on Bakker’s website might be effective at protecting against and against and killing the novel coronavirus.

The guest, naturopathic Dr. Sherrill Sellman, said that Silver Solution—a product that can be purchased on Bakker’s web store—has been found to be effective on viruses related to the one from Wuhan.

The bolded quotes possibly gives some insight to its efficacy…with the ‘intended result’ making the buyers pockets lighter.

I was not aware Bakker was “back in business” after going to jail for fraud.

Genesis had a rather apt tune about such things … and I see Jessica Hahn is again married, but ironically without children … 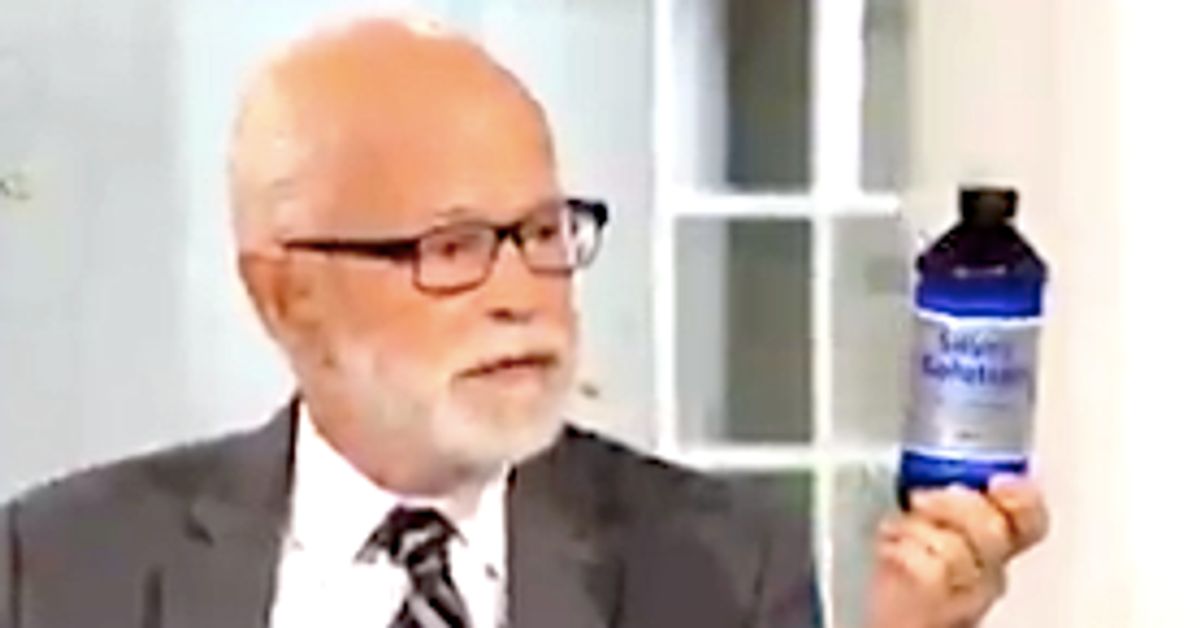 New York Attorney General Letitia James said in a statement that her office is on alert for coronavirus scams like Bakker’s.

Another Warning From Stay Safe Online Regarding Coronavirus Scammers.

Be wary of COVID-19 themed scam messages, designed to steal your banking details.

The latest warning from Scamwatch regarding the coronavirus…

Unfortunately, scammers are taking advantage of the spread of coronavirus to exploit and play on the fears of consumers across Australia. Scammers are using fears around the #COVID19 virus to take advantage of unsuspecting victims. From fake online shopping websites to phishing scams – beware of the signs. Find out more: https://t.co/cy06cUbXlz

And a warning from NSW Police. 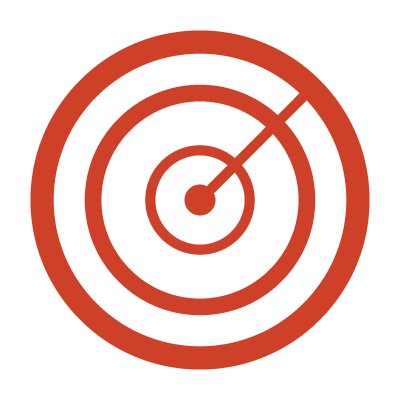 Scammers are using malicious emails containing fake warnings of Coronavirus outbreaks to infect your computer. If you receive the email, delete it immediately. https://t.co/XWeuLzRFrD
2 Likes
Nikki_Jay March 30, 2020, 4:59am #9

Here’s another Corona related scam doing the rounds at the moment.

This was flagged by one of our CHOICE staffers, who received it via Whatsapp. It has been submitted to Scamwatch:

Reports from the UK about fake ‘lockdown fine’ SMS messages:

Don’t believe bogus text messages saying you’ve been fined for stepping outside during the coronavirus lockdown. It is the latest in a series of scams related to the virus that claims to be from the…

Coronavirus scams on the Dark Web.

Blood of allegedly recovered coronavirus patients being offered on dark web as...

The dark web is where one can buy almost anything and, as researchers found, that includes purported coronavirus products, including blood plasma. 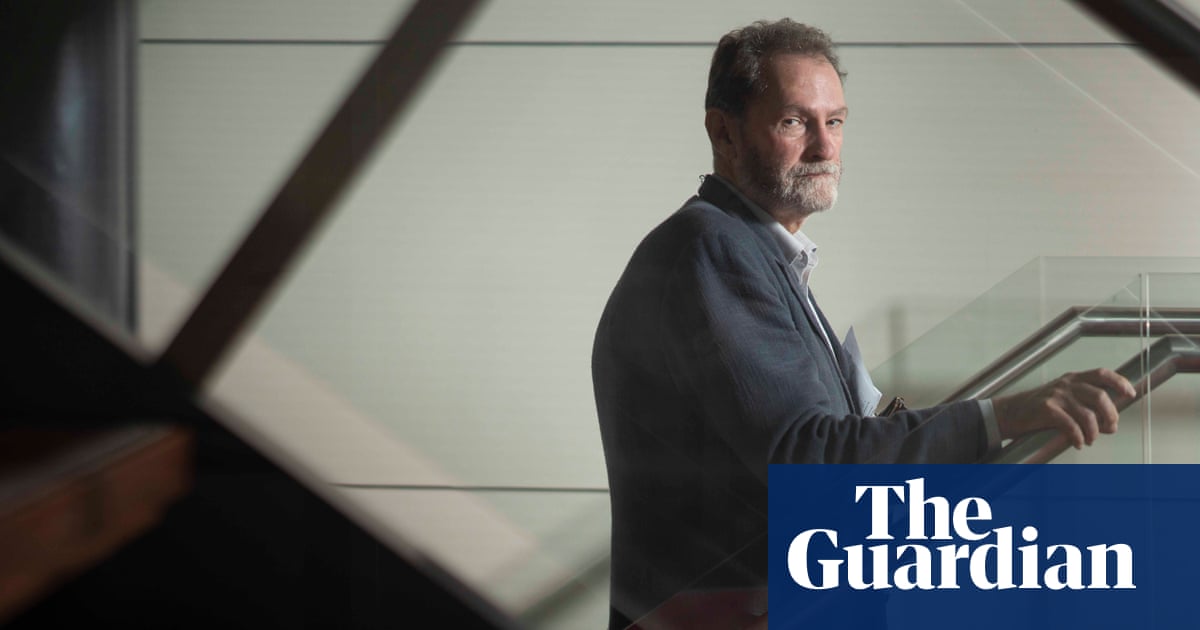 Australian Institute of Criminology report finds 224 listings from 110 vendors in China, the US and Australia

And some other disgusting coronavirus scams. 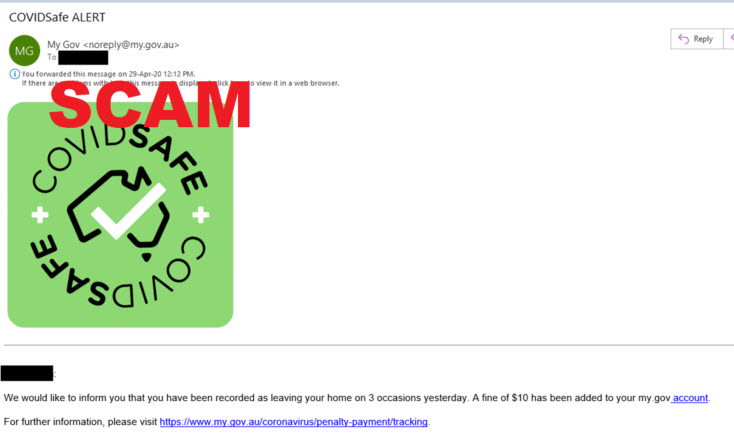 Don’t be fooled by this COVIDSafe ALERT email impersonating myGov. It’s a scam. Don’t click on the links, just delete the email:
2 Likes
dorothy.carter May 5, 2020, 9:41am #12

Scams to purchase masks and gloves have been prevalent. I got caught with an early scam for masks - costs seemed appropriate for number of reusable masks with vents - 5. However, it was delayed and delayed and money not taken out until the final arrival arrived. When the package arrived 1 little black “mask” only large enough to fit inside a cpap mask. Had. notified scam watch. have original order to fight back through the bank.

Concerns over church in Australia selling bleach which its US leader claims...

A US church that sells bleach it claims can cure coronavirus patients has a branch in Australia which is spruiking the product locally.

It’s at this point I hope the Feds jump on them and remove all privileges they have as a religious organisation and investigate them further.

Whilst it is certainly a disgusting scam aimed at idiots, perhaps it is also another manifestation of Darwin’s Theory Of Natural Selection at work.

Church in Australia selling bleach as a coronavirus treatment fined $151,200...

The Australian chapter of an international church selling and promoting bleach as a cure for COVID-19 has been issued infringement notices totalling $151,200.

Another confirmation of the old proverb “You Just Can’t Help Stupid”.

I love this defence:

In an email to 7.30, Mr Barton said, "We have no comment, except to point out that this is a shocking and egregious attack on freedom of expression and freedom of religion in Australia.

“The very constitution of the Commonwealth of Australia is being trashed and thrown out the window, no less.”

The only part of the constitution that deals with religious freedom is Section 116 which says:

So selling people poison and telling them it will cure a viral disease (among other improbable things) is free exercise of religion. Should make for an interesting court case.

An article regarding persons being scammed with fake excavators and caravans.

Bogus companies use remote towns like Mount Isa in north-west Queensland to facilitate online scams because they are not easily traced, according to the local chamber of commerce.

persons being scammed with fake excavators and caravans.

A lesson is don’t buy expensive items from unknown websites sight unseen. Don’t give any money away until point of collection.

Only send money for purchases one is willing to lose or is recoverable through the payment system.

Just how low can grubs go?

Police are searching for a suspected conman who administered a fake COVID-19 vaccine to an elderly woman in her London home.

An article warning about scams expected during the COVID-19 vaccination rollout.

How scammers might target you during the COVID-19 vaccine rollout

The scams will look legitimate, the people behind them may even know your name, phone number and email, but experts are warning to treat every text, call and email with caution.