Ordered a mobile phone from a Sydney store, who quickly shipped the same day and I received a fastlabel number.

Checked online the next day (Friday), to see that it had been picked up. Monday I checked to see no updates. I thought it might say in transit, nope nothing.

Checked Tuesday, Online tracking said it was on the truck and would be delivered today. By 7 pm it still hadn’t turned up.

Next day I rang the customer service at 8.03am. the waiting time to talk to the customer service was one minute. 20 minutes later they stopped giving a time. After 30 minutes I got through and explained what had happened, the service agent found it hard to locate the order, even though I gave her the number. When she did, she couldn’t understand why it was not delivered, all she could tell me that there was no more scanning activity since pick up at the depot. “maybe it was on the 48 hour delivery” she said. Apparently a fastway day is 48 hours! She could not contact the driver by phone so they would would send a him SMS. She we let me know by SMS in a half hour.

After four hours of silence, during which I checked online to see if there was any change. It now said it " Your parcel is at the delivery depot ready for delivery in the next available cycle" When I rung to find what is the next available cycle, I was told that it was still on the truck! So why the online tracking message that says otherwise. They couldn’t tell me.

I asked to speak to the customer service manager, sorry her “supervisor” was unavailable but she would send her a text message to call me in a 30 minutes. “what do you wish to talk to her about?” Obviously the missing parcel, I just said to discuss the appalling service.

Well, an hour later she rang me, apologised and said she would see what she could do, “would I be home to receive the parcel” Yes I would be, so she would let me know.I heard nothing and I had to go out later, but my son had arrived home. The parcel arrived, and my son said “bit late mate” alluding to the fact it had taken 48 hours to deliver. The driver’s response was to mutter something about " I don’t know"

I checked the online site after delivery today to see that they had added this “We attempted to deliver your parcel however no one was available. Please visit www.fastway.com.au/card or contact your local courier to arrange redelivery” to the listing between it was on the truck waiting for delivery and “Your parcel is at the delivery depot ready for delivery in the next available cycle.” This definitely wan’t there the day before, it looks like some one is trying to cover there backside. I was going to write a letter of complaint to the CEO of the company, turns out the head office is in New Zealand.

You ever watched ‘Swift and Shift couriers’?
maybe Fastaway are their real alter ego.

Looked it up on youtube, I think you’re right. Although the driver was indian, my son said he couldn’t understand him

I had an "on the truck for delivery today " with them and it was never delivered. I rang before their closing and they promised it was on a truck and would come. No more scans that day, as with yours. In the morning their web showed the “nobody home” message even though no “missed you card” was evident. Ringing customer service to complain since I was home waiting for the package all day, who rang the driver, they were at least honest “the driver ran out of time and did not deliver, it was improperly scanned as nobody home, and it will come today”. It was delivered within 2 hours. I think they read the driver the riot act. They use contractors and some are OK and others no so much. Since then my Fastway service has been exemplary. ( I think my complaint was what made the difference)

FAstway have stopped delivering in Nimbin.

I had many parcels left at the shop corner and was told they don’t deliver in NImbin. The company who sent the parcel paid for door to door delivery. But fastway does not. They can’t be bothered…The driver that I met during a pick up in town told me" Do you think I am going to your door out of town for $1 it is not worth it"

I rang up the company and told them but the phone operator was totally unhelpful. it is a despicable service and I make sure now that companies deliver to post office at least I get a smile there!

the intercom system in my unit block is very loud and I waited in all day for a delivery. No attempt was made to see if I was home and instead I received a missed you card in the letterbox. The pick up point then meant a drive as it was not within easy walking distance. Email communication was useless.

Fastway are by a large margin the poorest courier delivering to our part of Adelaide. Some online purchases use them … if we knew, we’d simply not order from that source. By the time you can get to the door after the knock (all of two rooms down from the entrance, generally) they are up the drive and off. Their online re-delivery system, after multiple tries, simply can’t be completed (and I work on the computer for a living). Driving down to pick an item up is over 30 minutes away, and then expect to spend 20 minutes while they try to find it. Because payment is already made, and they are a distant contractor, negatively reinforcing this poor service is difficult at best.

The old saying "You get what you pay for " often comes into play with some of these courier companies . They often go into companies and under quote Australia post and other more reliable companies to a price point that is unworkable . We , the consumer , no doubt suffer from this undercutting . Something has to give to go into companies to acquire their parcel contracts etc . So cheaply Usually customer service and back up support . I was in the courier industry over 25 years and the post about Fastway is all to common regarding customer service .

I have a post office box and refuse to accept deliveries at home, as its too risky if I am out, so Fastway always gets the shop number and street address of the shopping centre of my post office sub-agency. I don’t know what the drivers feel about having to find the right shop, but its better than having my purchases go missing from what is not my courier of choice.

If you go to product review you will see that Fastway have a star rating of 1.3 stars from 1442 reviews. Believe it or not there were some four or five star ratings. As this is a franchise company it seems that it is pot luck on the quality of the driver you get.

What I found interesting was a comment from someone who knew a franchisee who could not make a leaving as they are paid only $1.90 plus GST per parcel. That’s how they can undercut other couriers.

I play a lot of board games and am part of a board games group on facebook (2000+ members). many of the members have had bad experiences with Fastway and won’t buy from websites that use them. There have been many posts about this with multiple replies. You’d think with all this bad publicity they would “lift their game”

I Have had such poor experiences with Fast ways, I always request any other courier apart form them.
1/ Had ordered live plants. Called 5 days later to see where they were. Fastways said they had them but only deliver on Mondays. I explained they were expensive plants and had already been in the box 5 days and there was still a weekend before they would be delivered on Monday. They said don’t worry we are looking after them, and watering them. When they arrived a total of 8 days later they were packaged so well there is no way Fastways could have been watering them, and the soil was not wet.
2/ Ordered a delivery, waited a week, called to find where package was. About 3 weeks later the seller said Fastways had lost it.
3/ Another order of plants. Called Fastways to ask where they were. They said if you want them before the Monday delivery, you will have to come and get them… ( they are an hour from my house). No discount for the 2 hours travelling time, petrol or lack of service.

Fastway Couriers are F@#Kers. I ordered a product from Melbourne to Brisbane, from Ebay. After two and a half weeks had gone by I called the seller and they referred me to Fastway Couriers. My heart sank. I had had issues with them before. So I called Fastway and was matrixed outsourced to a “customer service” operator somewhere between Australia and Morocco. He said, the parcel had been located and would be delivered the next day. Two days later, I tried again times 3. After the fourth attempt, I asked the “customer service operator” if I could speak to a manager. I was vortexed into the middle east, well known for their sense of fairness and democracy. I asked if I could speak to an Australian, as I couldn’t understand him. He said no one understands Australians anyway. Thank you for the refund mydiscountpharmacies on Ebay. You rock. What about the 60 Australian dollars you owe me for phone calls to Fastway Couriers?

Fastway (no they aren’t) is now known as Aramex.

Product Review will second that. 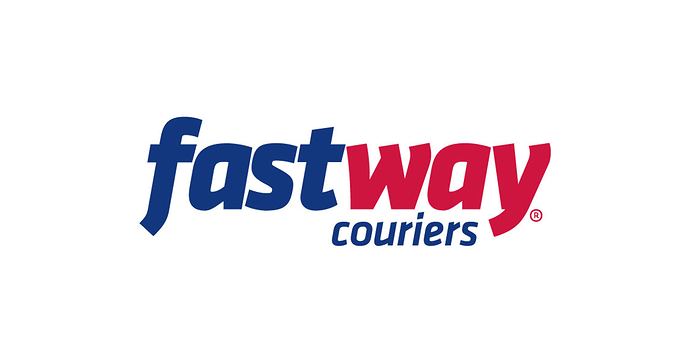 I ordered an article from Ebay to be delivered to my po address,only to get a message from a company called Aramex that I must pick up article within 5 days
On googling I found that it is a US company which has taken over Fastway which has assumed all deliveries for Australia Post,
Some one may claim that there was no one to receive parcel but 5 people have been at my residence for at least 4 weeks and they have not claimed that they have even tried
Fastway have a bad reputation here with their drivers stating that they could not deliver .Be careful to insist on the point of delivery with Ebay

Thank you for the warning! Is it worth Choice doing a warning/article on online deliveries?? The only items ever delivered to my door, are via courier companies (which need a signature); all parcels via Australia Post go straight to the town’s Post Office - no attempt has ever been made to deliver to my door…

Thanks @evanstrish3, I’ll pass on your suggestion