Cinnamon and other bulk foods

I’ve had an interesting journey when wanting to order 1 kg of cinnamon. Not all cinnamon is created equal, with the most common and cheapest variety being of the Cassia variant. The Ceylon, or true cinnamon (cinnamon zeylanicum or verum) , is much more expensive.
Cassia contains approximately 1% coumarin, while Ceylon contains only 0.004%, or 250 times less. This is so low that it’s often undetectable. Coumarin can cause liver toxicity …interesting journal article here:

Assessment of Coumarin Levels in Ground Cinnamon Available in the Czech...

The objective of this study was to determine the coumarin content of ground cinnamon purchased from retail markets in the Czech Republic. No sample was labelled with information on the botanical source, but, in some cases, the countries of origin...

I initially bought what I thought to be 1 kg of Ceylon cinnamon form an online bulk food distributor on the Gold Coast…for about $25. It seemed to be like a wholesale place that supplied retail stores, so I was happy enough.
However, upon needing more cinnamon, I got a bad feeling about this place. Generally the best price for a kg of Ceylon cinnamon is $50-$70. This time, I ordered from a large, reputable company, who stocks products in Coles and Woolies. Their Ceylon cinnamon had a much more distinctive smell and different colour.
This got me wondering…how do I know what I got the first time around? This bulk store had just repackaged the goods in their own branded bag, with the claim that it was Ceylon Cinnamon.
In this latest shopping process, I did read quite a few Amazon reviews, from various companies, where people doubted that their purchase was indeed correct. But who would really know what you are getting?

But who would really know what you are getting?

To know what you are getting buy the spice whole, not ground. It probably will be fresher too. Real cinnamon is paler in colour and thin, you can easily break a quill. Cassia is darker and more woody, it would take some strength to break a quill. 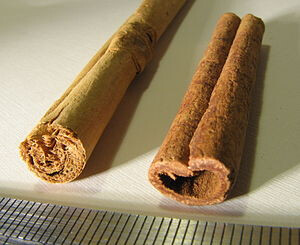 The real stuff is on the left.

Both can be sold as cinnamon.

We use both and the difference in the final cooked dish is not noticeable.

A kilo of Cinnamomum verum quills for $25 is not an unexpected price…and for ground. Last time we bought a kilo bag of quills it was $18 (it would have been about a decade ago), but expect with most things lately it has gone up. This website gives an indication of the wholesale ex-Sri Lanka prices in USD…

Cinnamon quills from different parts of the plant roll differently. Younger branch bark is different to older timber an visually looking at it isn’t an indicator of its source.

Quite so. Different spices have shared a name fairly often. There are (at least) six different plants that produce something called “pepper”. Most are easy to tell apart though.

Cinnamon quills from different parts of the plant roll differently. Younger branch bark is different to older timber an visually looking at it isn’t an indicator of its source.

Are you saying that one cannot always distinguish Ceylon cinnamon and cassia by look and feel?

I was indicating that there is old and new bark cinnamon sold.

If old bark can be sold as flakes/pieces rather than quills, it can look closer to Cassia bark than clean fresh looking quills. We often buy the flakes/pieces as they are usually cheaper than quills and add the same flavour to cooking.

For some products (including ground), it may be difficult for the average person to differentiate between Cinnamomum verum , and Cassia sp. This is where reliance on labelling may be required if one is specially after one of the cinnamon variants. If packaging is labelled ‘cinnamon’ without the plant species of origin, it could be cinnamon from any of the plants which can be sold as cinnamon.

Not all cinnamon is created equal, with the most common and cheapest variety being of the Cassia variant.

You got me thinking, and the responses from @phb and @syncretic are reassuring. Cinnamon is not a spice unique to Ceylon or a single species of plant.

We have many Australian bush foods and spices. They too are described by the most common accepted European characteristic each most closely resembles. Many may indeed be superior to the more common Asian or European equivalent. How else would one explain the demand for finger limes.

Should we be concerned about the levels of coumarin? Only in certain circumstances, when the following advice is considered. 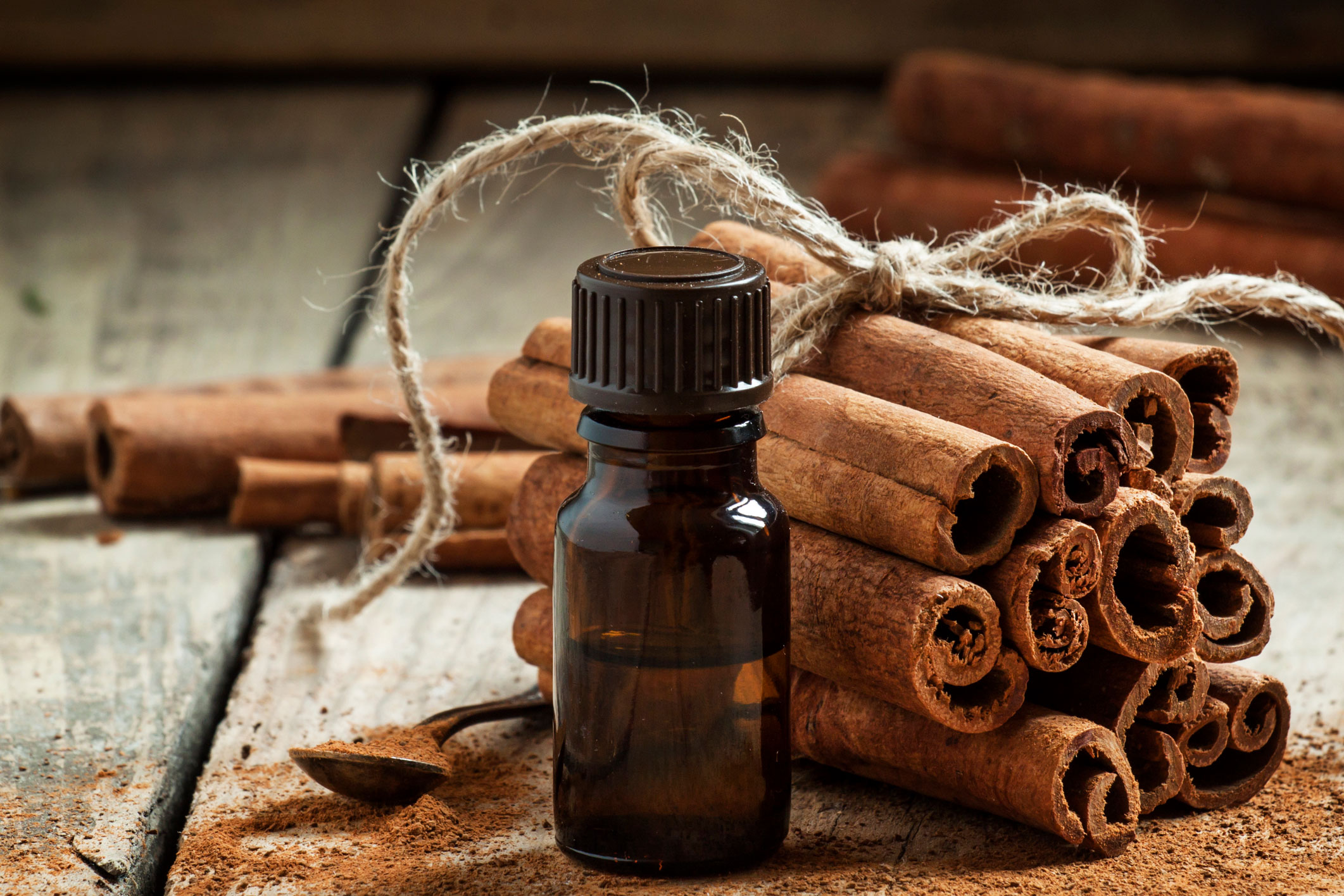 ANSES recently assessed the risks associated with the coumarin content of certain plants when consumed in food supplements in particular. Coumarin is a natural aromatic compound found in certain plants such as cinnamon. It is used in food as a spice...

Nearly every substance that has some toxicity to us humans is present in everything we consume. The concern relates to higher levels of consumption of cinnamon products consumed as a herbal supplement. IE At consumption levels orders of magnitude greater than those from occasional use in everyday cooking and food products.

I buy cinnamon or cassia from The Source Bulk food when I need it.