I have been told that because my tyres are 10 years old now, that I have to replace them, even though they still have quite a bit of tread on them. Even the spare tyre that hasn’t been used at all. Is this a fact?

Is this a fact?

It is a fact that tyres degrade over time and ‘best practice’ is to replace them after a decade. Tyre manufacturers do not make it as easy for consumers to know how old their tyres are as they could or perhaps should and a ‘new’ tyre could be many years old prior to being sold and fitted. The 10 years time is age not time in service.

Bridgestone has a good overview

Learn how to tell the age of tyres, understand what happens to your tyres and risk of having old tyres on your vehicle. Click to find out more!

Reality is there are no laws in Australia about expiry dates/time for tyres. Personally I check for signs of aging or degradation not just time since manufacture.

I’ve always believed it was six years before tyres begin to degrade. Tyres are important, and costly, but a blowout is something you don’t want to happen. I would certainly replace them after ten years – tread or no tread.

I would certainly replace them after ten years

I wonder how many people have a car that has 10 YO tyres on it that have at least the legal amount of tread?

10 YO tyres on it that have at least the legal amount of tread?

Look to the spare or the good old box trailer. The second will only let you down when it’s fully loaded with gravel from the local landscape supplier. If it’s a dramatic enough event it can throw the towing vehicle off line - either to the side of the road or into oncoming traffic.

I wonder how many people have a car that has 10 YO tyres on it that have at least the legal amount of tread?

If a tyre lasts say 70,000km, this would mean a vehicle would need to travel on average 7,000 km per year. Many don’t cover such mileage (including ourselves which do about 5,000km) and likely they would have 10 year old tyres which haven’t reached their tread indicators.

Visual inspection should indicate whether tyres need replacing. If they have cracks where the tread meets the tyre, consideration should be given to replacing them.

Tyres which are exposed to great temperature fluctuations possibly will have shorter lives. We have found that in Tassie, the cool weather makes tyre rubber harder and more prone to cracks, than warmer temperatures in Brisbane. In colder climates, low mileage vehicle tyres may need replacement before wearing out more than warmer climates.

John Cadogan Auto Expert happens to have a current blog on this very subject on youtube. I am also a low km driver and must check the dot readings on mine.

There is no one answer to how many kilometres it will need before a tyre reaches its wear limit. 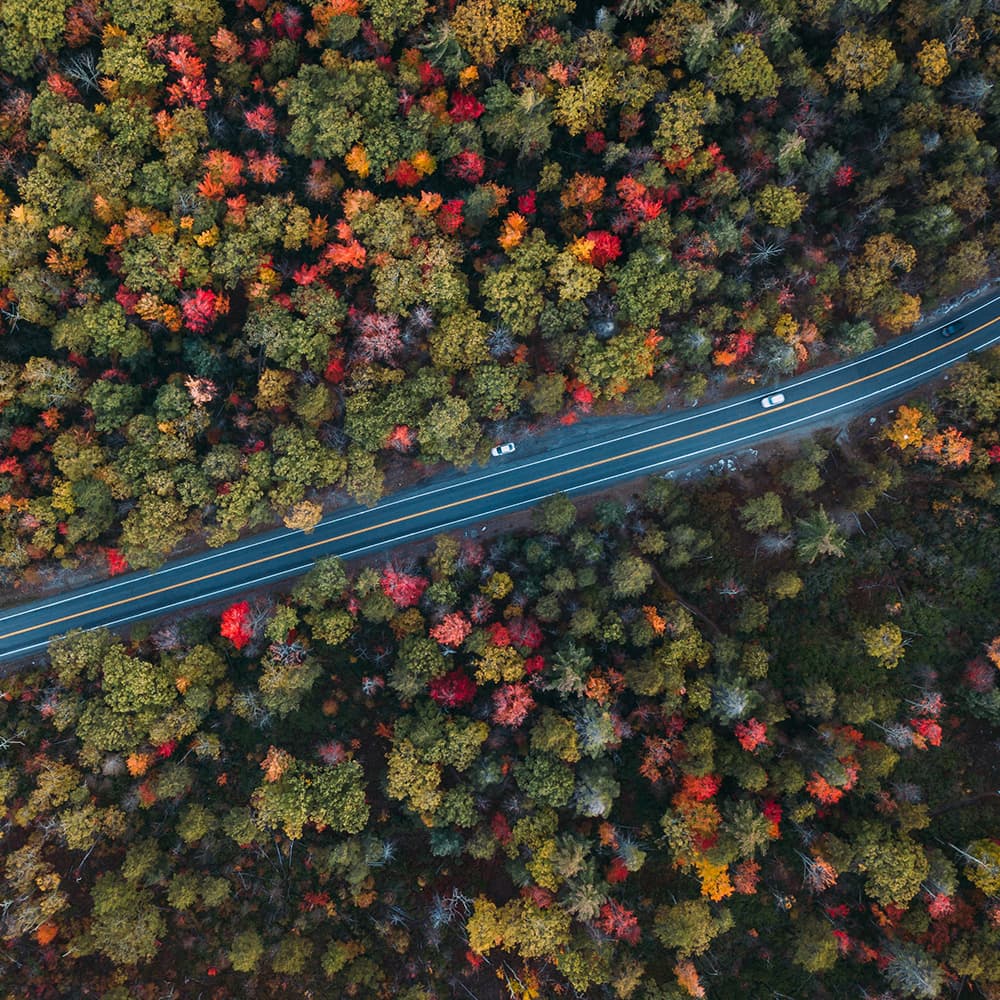 How many kilometres can a tyre cover?

From the type of soil to the behaviour of the driver, there are many variables that affect the life span of a tyre. Here’s how to make them last longer.

For those driving only a few kilometres each week and year there are many other important items of maintenance. Time affects many aspects of a vehicle’s use. Putting off until a certain kilometre mark is met will affect some items and not others.

There is some prior discussion that suggests external signs of visible deterioration of a tyre are reliable pass/fail criteria. Unfortunately failures related to tread separation or ply failure and other defects can be hidden until failure is imminent.

Most of us would not eat food past an expiry date, whether it has turned green, is mould ridden or … or not. It’s similar for motor vehicle tyres. Past the manufacturer’s recommended life in years, the outcome is not assured. What could go wrong? Those who have survived without serious failure can suggest one outcome. Those who have gambled otherwise may not be so often heard?

Apologies if the answer is not definitive. To err is human. Unfortunately with motor vehicles being human can deliver unintended consequences.

Many don’t cover such mileage (including ourselves which do about 5,000km)

How many kms a tyre lasts is subject to driving habits, road conditions, tyre quality design and construction, maintenance such as wheel alignments and so on. OTOH replacing tyres when they get to their wear limits is obvious; the limit is easy to discern because of the wear markers embedded in the tread. Each state’s road rules define tread depth required to be roadworthy. 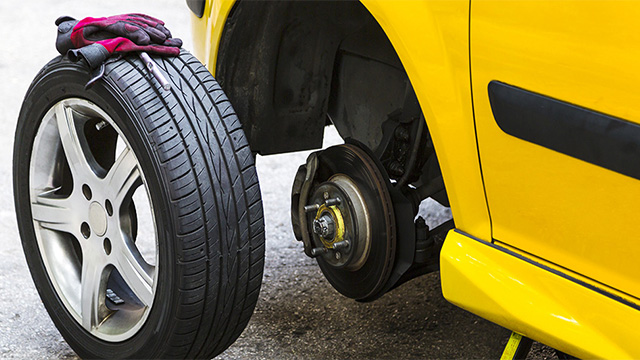 How do I know when my tyres are worn?

Tyres are always relied on but frequently neglected. Learn what you need to look out for when they're worn down.

Re quality design and construction some tyres are designed to go long distances, others for superior wet characteristics, some superior dry characteristics, and some cornering; each is a trade-off against the others. While some generalisations can be made there is no hard and fast expectation in how many kms any particular set of tyres may go or should go because of the number of variables.

Thank you for your reply. The car is a 2012 model. I was told that the tread is still OK (68000 klms) but they start to disintegrate after 10 yerars old. Is that correct?

I was a police crash Investigator for more than 20yrs. Tyres absolutely degrade. The worst times to be on old tyres are in the wet. People who crashed in wet conditions were almost always on old tyres. The tyres are hard are don’t allow the car to corner, they simply slide straight across the road.

And emergency braking performance is dramatically increased with old tyres because they don’t bite into the road. We did lots of testing with measuring equipment fitted to cars with various tyres. Old tyres are plain scary.

Those four little square patches touching the road are what’s literally separating you from the next world.

Thanks for adding that perspective. A wild card of sorts is that identifying an ‘old’ tyre is from time of manufacture.

The 10 years time is age not time in service.

and while you might disagree 10 years or whatever time metric is specified is always going to be a generalisation and rule of thumb, eg best practice, but noting some might not go that long and others much longer with good performance.

In Eliza’s situation my advice would be in the absence of cracking there is nothing to panic about, but although there is useful tread remaining it is probably getting low at 68,000km so budgeting for new tyres and buying them during the next sale seems reasonable advice.

Apologies if this may confuse Eliza, but regarding tyres getting hard a point of comparison is that those designed for longer wear start harder than a ‘performance tyre’ that is softer by design but won’t wear nearly as well. At 10 years on the long wear tyre might be getting brittle whereas the performance tyre could still be softer and grippier than the long life tyre was on day 1. Or it might degrade more quickly.

A bottom line is a reputable tyre shop should be able to inspect and advise based on her tyres, not on a generalisation that is all we can do here. It could be that advice was received and she is only seeking a verification the advice was not a furphy or unwarranted ‘hard sell’?

Some tyres need replacing after a couple of years as the mechanic has mentioned several times once the heat cracks them need replacing even if they are not worn out. I was told at my safety check tyres needed replacing because were cracking on the side walls of tyres.

Rather than ask that question here, you should take your car to a company like Bridgestone or Beaurepaire on a regular basis, to check both your tyres and your wheel alignment.
Nobody here could possibly tell you the answer to your question - they aren’t tyre/wheel specialists and they have no means of seeing - let alone assessing! - your vehicle.
It is a good practice to have your wheel alignment checked every six months. If it is out of alignment, tyres can wear unevenly and have to be discarded sooner. As this might happen on only one tyre, this can be rather expensive, because as a general rule you have to replace the tyres on BOTH sides, because you’ve done this on one side.
You can ring to check this out before you go, but most tyre companies will check your wheel alignment free anyway.
And if you breeze past them every 6 months, they’ll alert you to when tyres need replacement.
Another thought - which EVERYONE should know! - is that if your tyres are bald, or the wheels are out of alignment, and it causes an accident, then your insurer would be quite entitled to tell you that you have breached the terms & conditions of your insurance policy, and you will then have to pay ALL the damages yourself. Both to your car and to any other car - or the owner of anything else - that you hit.

It would be a significant number. If one places a bell curve on the average, it is likely to be a significant proportion which don’t do may kms. I know quite a few who do less than 500km/year. This includes families who have business vehicles (mainly used) and their own private vehicles…and seniors.

There was a fall on the average figure from 2006 to 2020 (2006 average was 14,542, in 2010 it had fallen to 14,164 and in 2020 it was 13,301 km per year). The 1,000 km per car decrease over that 14 year period would, I think, be statistically significant. If it is a normal distribution then around 16% of the results would fall between -1 Standard Deviation and -3 Standard Deviation from the mean. As I don’t know each measure or even if the distribution is a normal one this is a bit of a guess but it would seem a significant proportion would fall in any given year at a low figure of km driven.

If one places a bell curve on the average,

Is there any value in speculating?
Motor vehicle tyres do have a use by date, and can suffer early failure due to driving conditions etc etc.

As several posts have already considered, the best advice needs to be specific to the age and current condition of the tyres on your vehicle as of today. Not something that this topic can specifically answer.

The common advice for consumers is to seek reliable advice from a booked service or tyre specialist. If there is any doubt in the consumers mind about the advice received, taking your vehicle for an inspection at another and independent tyre specialist for a second opinion would be wise. Alternately your motorists club if a member.