There is a Senate Inquiry on ‘Credit and financial services targeted at Australians at risk of financial hardship’ currently underway.

One of the Inquiry’s focuses is on new trend of “buy-now, pay-later” schemes such as AfterPay, ZipPay, and Certegy and whether regulations need to be tightened.

CHOICE will be writing a submission to the Inquiry, and we would love to hear everyone’s views on these schemes. We will be calling on the Senate to ‘close the loophole’ on these products and subject them to the same responsible lending laws as credit cards or personal loans.

What do people think of these products? Your experiences and stories will really helpful in shaping our submission.

I found this article really insightful: 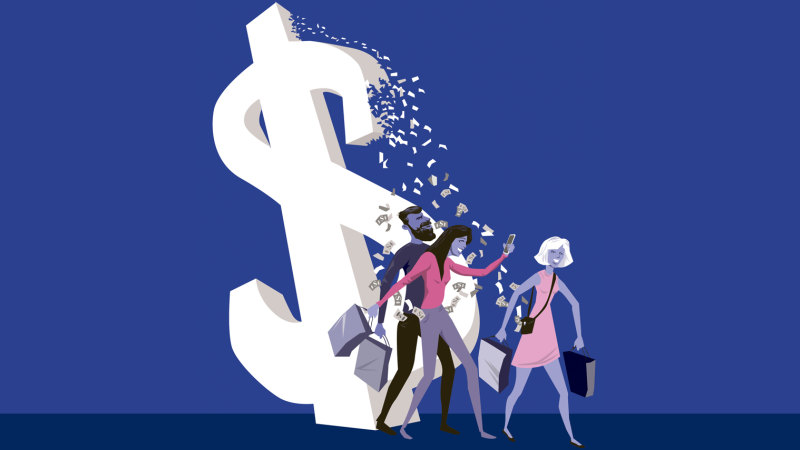 The $4b 'buy now, pay later' startup built on a legal loophole

Afterpay has a devoted army of users and has taken the sharemarket by storm. But consumer groups are concerned, and regulators are circling.

We will be calling on the Senate to ‘close the loophole’ on these products and subject them to the same responsible lending laws as credit cards or personal loans.

When I first became aware of these ‘products’ I had a look and my only observation was that they were bottom feeders who were taking advantage of the loopholes you mentioned. They read like credit cards without the cards and without the regulations, just the (higher) fees and (higher) costs.

I have had no experience in dealing with any of them but I consider them to be nothing more than bottom-feeding leeches preying on the most financially vulerable members of the community.

It is high time for them to be tightly regulated and to be held accountable.

Thanks for sharing everyone.

I also found this pretty startling - reported back in April:

“The 16-year-old child of an Ownership Matters staff member was reportedly able to order seven bottles of champagne worth more than $300 online, despite only having $80 in their savings account.”

'Buy now, pay later' platform Afterpay is facing scrutiny, but it insists its protocols ensure only those that can make repayments are able to use the platform.

Here is a post I made about Afterpay previously.

An interesting article on the ABC News website today regarding Afterpay. It appears that ASIC may step in so as to protect customers who cannot control their own spending habits.

I have used 3 of the services, they are clear and concise making payments and schedules clear.

If anything they remind me of the layby services my parents used when I was younger.

I use my email address to buy it created me an account and I could see both my afterpay purchases on the afterpay profile page. $20 and $17 respectably fortnightly for 8 weeks.

I think that should be fair and reasonable model of business there is no credit check for me to start a subscription for internet or electricity that also can incur $ fees for missed or late payments.

however regulations may be needed to cap the number of concurrent debts, there doesn’t appear to be anything to stop me have 10 or 20 x $20 fortnightly concurrent repayments.

I personally know how hard it is to grow up on the “poor side of town”, and I do not want to see any others who can better their lives being unnecessarily ripped off by these sorts of grubby, bottom-feeding parasites.

the biggest issue there seems to be more so; that there was no age verification

The difference between them and layby services is primarily the enormous late payment fees that don’t reflect the actual costs of a late payment. They’re more akin to a ‘fine’ which businesses cannot legally issue.

The other issue is it preys on the ‘get it now’ attitude. Where someone vulnerable (due to lack of education, mental health issues or just plain being broke) can be targeted to make a bad financial decision resulting in them owing a significant amount of money they can’t pay.

Some people see a place for such businesses, despite the costs and what can be perceived as super-high charges and bad value.

A rellie in the US had a credit clothing shop in a ghetto. Ordinary clothes at top prices, pay something every week. The customers were on welfare or minimum wage jobs and struggled on their best days. Although shopping with him was not ‘a deal’ by any stretch, they got clothes they needed when they needed them. His bad debt write-offs were of legend and that had to be included in his overhead.

Some people might look beyond the ‘bad deal’ and just see the ‘service’ for what it might provide people who struggle or who cannot otherwise manage their finances, and others might partake eyes wide open for their own reasons. Am I supporting these businesses? Not at all, just looking at ‘the other side’ for balance that it is not always just about ‘the deal’ or ‘the money’.

In Australia our financial and legal system does not write off bad debts, short of insolvency and bankruptcy.

The debt follows you around until it is paid out, often with rediculous added costs.

I can see that in the example per the USA effectively a group of customers in a district are sharing what little wealth they hold so that they can all have the clothing they might afford? That does not make it the best solution or right, however it might be the only option.

In the Aussie example they still look, feel, smell and taste like a credit card.

In the Aussie example they still look, feel, smell and taste like a credit card.

When I first became aware of these ‘products’ I had a look and my only observation was that they were bottom feeders who were taking advantage of the loopholes you mentioned. They read like credit cards without the cards and without the regulations, just the (higher) fees and (higher) costs.

That does not make it the best solution or right, however it might be the only option.

When something might be the only option and its gets ‘the job done’, why isn’t it the best option [available at the time]? It might not be morally right to an observer who does not need such a ‘service’, but the capitalist who is taking risks wants return on investment as well as covering his writeoffs (losses).

In Australia our financial and legal system does not write off bad debts, short of insolvency and bankruptcy.

Bad debts are deductible for businesses. This accountancy page is easier on the eyes than the ATO.

In my rellie’s case he would often list $25,000 in bad debts that were years old and the ‘customer’ was long gone. That gets deducted from overall income as a ‘write off’ in layman’s terms.

I have used layby for most my adult life. Not all stores offered layby and those that did required a fortnightly visit to pay some off. Sometimes inconvienient but a way to secure goods, usually cheaper.
Along came afterpay which when used in a similar way works very well with the advantage of having my items now, and no back and forth making payments.
Afterpay works.
I know my fortnightly payments, I pay on time (usually the pay day before it’s due) and never had any extra fees or payments for any reason. I would never use all my available limit because “I” know the repayments would be too difficult for me. I am responsible for my money.
There will always be some who run up debt they have no way (or sometimes even intention) of paying. And these people will then cry hard done by.
Please, don’t make it harder for those of us on a pension who use these payment options responsibly.
I don’t know about legal loopholes, however I do know about being a pensioner and seeing something I need (yes, often something that needs replacing) at a very good sale price but not have the full price at the time.
Maybe a certain number of smaller transactions required in a 12 month period ( with lower maximum amout) before li it being raised?
I only have and use afterpay so can’t comment on others.
For me, personally, afterpay works very well and has been very usefull.

Thank you for your sharing your experiences with AfterPay @OldGal - it’s really insightful.

The main policy takeaway is that, “ASIC supports extending the proposed product intervention powers to all credit facilities regulated under the ASIC Act. Product intervention powers will provide ASIC with a flexible tool kit to address emerging products and services such as buy now pay later arrangements. This will ensure ASIC can take appropriate action where significant consumer detriment is identified.”

It’s also very startling that “one in six users found themselves in financial trouble as a result — from becoming overdrawn, delaying bill payments, and needing to borrow more money to pay off that debt.”

ASIC may be be stepping up to the corporatised end of this business model? At the other end we still have retailers, sales and marketing, product placement etc. To be effective do we also need the ACCC and the State level consumer affairs offices (Fair Trade) to also step up to ensure there is closure and compliance at the customer end?