Beer : What is your preferred brand/label and type when purchasing?

From the established names to the boutique breweries we now have a wide range of beers from which to choose . What is the beer of your choice ?

At the moment I have some " Great Northern Brewing Co. Super crisp Lager " in the fridge . I seldom touch any alcohol but good to have on hand when visitors drop in .

If you brew your own from a brewing kit let us know what brew you prefer .

On the rare occasion that I buy full strength, I’m happy to try anything new.

I’m not a big one for imported beers, but I do have a soft spot for Kirin. Even the locally-produced variant called Megumi. I believe it is related to the Japanese-made Ichiban Shibori ( Number One Squeezed

My Australian favourite is Wizard Smiths from Boags. It is a good English ale style beer and a shame it isn’t available on the mainland (only in Tassie. Every time anyone we know goes to the island, I ask for a few to be brought back for me.

We also used to brew our own, but time because scarce and have’t brewed for about 5 years.

Home Brewed Ginger Beer (non alcoholic well as non as possible) and a crisp non alcohol lager which goes great with a squeeze of lime on a hot day.

Coopers! Usually Pale Ale, sometimes Sparkling Ale. Also Coopers Stout (in winter), & have a six pack of this year’s Vintage Ale tucked away for maturing.
I like to have some beer on hand, but rarely consume more than one in a sitting; wine on the other hand…

As a well experienced beer drinker, I would vote Corona as the #1

Coopers Sparkling or Pale if I want an Oz beer - if its imported then can’t go past a Löwenbräu (lions brew) … Corona if there’s nothing else available that I know or am tempted to try, slightly better than a West End Draught, Southwark Bitter or ([god/your favourite deity]-forbid) Victoria Bitter …

Craft Beers are nice to try sometimes, and sometimes amazing, but somewhat variable, not universally available and often not repeatable …

Easy one. Brother-in-Laws home brews.
Comes with the best of company and a honest commentary on each batch. Did I mention the RSP?

Of the commercially produced beers, Murray’s Whale Ale and Dark Knight Porter are favourites. Good ‘dark’ beers are few and far between.

For tropical summer days, compromise! Any cold beer is a good beer.

I’m now a very irregular drinker. I’ve been tending to buy cases of beers I’ve had on overseas trips. A case will often last 6 months, so paying extra for imported isn’t expensive for me. Each time I have one, I get memories of a holiday.
If I’m out, I tend to go for, wherever possible, a beer I’ve never tried. I get some ordinary ones, with some great ones.

I’m a avid home brewer. Coopers and Brigalow, the occasional kiwi brand. The stouts taste best if left in the bottle for 12 months, cost $0.80 - $1.00 per large bottle. Taste better than commercial beer. Not paying $6 - 10 per glass at a licenced venue.

Call me old fashioned but I still love a cold VB.

It’s the best thing to come out of Victoria apart from the Hume Highway!

I do a fair bit of home brewing, mostly using brew kits from Brewcraft outlets. I like a decent selection and I have about 6 or 7 batches in the cupboards at the moment; they improve with age. About half my brews are Mangrove Jack’s Craft Series (the ones in the sachets). I tend to go for the IPA’s, dark ales, porters, etc. 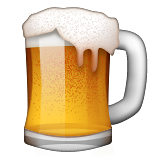 I enjoy a nice beer and have recently discovered Aldi’s Fraser Briggs Premium Lager. It’s brewed in NZ, tastes great and is sold at an unbeatable price. At $33 for a carton of 24 it is at least $10 less than than the RRP of any other popular premium beer and still beats them even when they are on special. Give it a try!

I’m not much of a beer drinker these days, but my preference is still Boags Premium Light, usually in summer.

I’m an IPA man too…usually with a galaxy hop to add a fruity taste…awesome. Commercial beers either sux or the good ones are expensive.

I’m a recent convert to Coopers, it’s a truly good beer with no preservatives

THE BEEZ KNEES FROM THE BAROSSA Richard Robinson