According to “The Age”, Australians have “lost” $8bn in missing banknotes.

Various theories as to where the notes are are floated, including eaten by a pet and drug dealer stashes, etc.

I don’t understand why this problem is not addressed by simply having an expiry date on banknotes - if any can remember the days of cheques, they had an expiry date of one year after which they became “stale”. You could retrieve your entitlement to the proceeds by asking the drawer to cancel it and write another, and this was a fairly regular process.

If we had the same situation with banknotes, expiring at, say, 4 or 5 years, then the holder of a note would need to use it for consumption or attend a bank or other authorized venue such as perhaps the Post Office to have it replaced.

Such replacement would, by it’s nature, enable those who had accumulated the cash legally to get replacements, while the rest would simply lose their black cash forever.

Should a deceased estate cache be found, the money could be re-instated upon satisfactory evidence being presented - just like any other electronic unclaimed moneys.

Legitimate claims for expired note replacement would be paid into the owner’s bank account, not by printing new notes. Very cheap and easy, and forces money out of the cash economy.

An interesting topic, and interesting idea you put forward … I’m no financial expert, but some thoughts …

According to “The Age”, Australians have “lost” $8bn in missing banknotes.

I imagine ‘lost’ covers a number of possibilities as mentioned - it’s hard to imagine all of it is lost forever, similarly it’s hard to image it is all ‘under the bed’? or is it? $8bn is only about $320 for each Australian (based on there being about 25m of us) - still under $1k if only a third of the population have it tucked away - people spend more on a tele or coffee machine … It would be interesting to know how they come to the numbers for missing hard currency - I am aware that a few years ago there was a proposal to reduce or eliminate large denomination notes ($100 to start with) as there was speculation they were used to avoid tax or in use by organised crime, but it is not uncommon for people to stockpile amounts ‘for a rainy day’ or to avoid it being accountable for other reasons that aren’t necessarily criminal in nature - and with interest rates being what they are, keeping $20k in a savings account isn’t necessarily compelling set against possible reasons to keep it more secret. One could imagine that banks are aware how much cash and what denominations flow through them and the RBA certainly knows how much it prints and how much is destroys - so some brainiac has probably modelled how much money is under the bed … but ‘why’ seems more likely a question answered through speculation than actual measurement, and drugs, organised crime and tax evasion make for much better news stories.

That is an interesting idea - I’m not sure what would happen if all $8bn hit expiry? would the RBA reissue to restock the kitty so to speak? then what would happen if everyone came in with their savings and reclaimed? I guess it’s not likely to happen all at once, unless someones grandma has $8bn under a really big bed … so the RBA could call in amounts to balance the kitty again maybe? unsure how this all works

Such replacement would, by it’s nature, enable those who had accumulated the cash legally to get replacements, while the rest would simply lose their black cash forever.

I’m not sure how you’d tell the difference between legit cash and black cash? what if the cash that was found under deceased grannys bed was from drug deals? if we’re talking tens of thousands it would be fairly straight forward over a period of time to replace it - bigger quantities maybe not so easily … I guess on average it is unlikely granny cooked meth in the kitchen …

Some notes and coins are “collector’s items” or may become so in the future. Some in my family routinely collect the new notes as soon as they come out to keep for the future, and have stockpiled a good deal of money in various editions and commemorative coins. One has the notes from his first pay packet framed on the wall. Not quite $8B thou.

RBA would not re-issue new printed notes as a result of my model - if you presented with 100,000 legitimate expired banknotes, there would be a 100,000 credit to your account. Should you wish to withdraw and convert back to banknotes, you could - in this scenario new notes would be printed. But doing this every 4 years would get old, I would imagine.

If you chose to collect a new note for posterity, it would not matter that it expired, given that at the end of the collection journey it could be cashed in again.

I came up with this idea when seeing a number of drug bust articles over the years - many times they recovered large bags of banknotes along with the other ill-gotten goods.

I understand these are eventually returned to gov’t coffers as proceeds of crime, but what about the other 95% of drug cash that isn’t found - if that expired it would be a huge issue for the crims.

… if every person in Australia collected one of each value, its $4.625bn - I doubt there are a significant number of collectors though, even considering there would be a number of different variations from paper through to the latest plastic in each denomination

many times they recovered large bags of banknotes along with the other ill-gotten goods.

I wonder how ‘out of circulation’ those notes truly are? would it be possible for them to exist purely in the black economy or to they make the transition (either way) as funds are laundered, spent, whatever?

The total out there in circulation is also an interesting number. $76B, or about $3,000 for every living Aussie including new borns.

Is there also a need to check under the cot as well as the mattress for the missing cash? 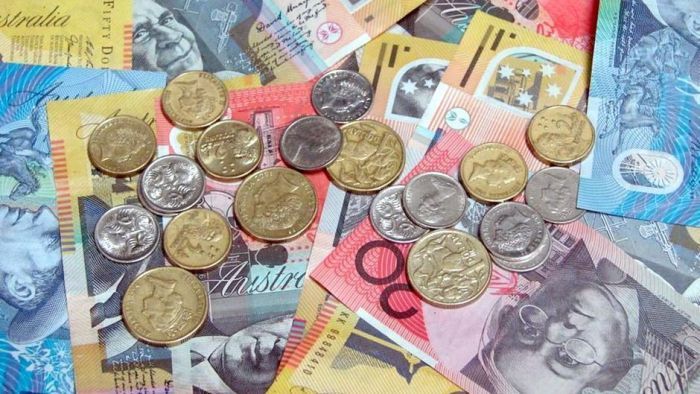 Australia's banknotes are disappearing into drug deals, the black market and...

The RBA set out to track down where $76 billion of outstanding banknote arr, and found 8 per cent are in criminals' hands.