I expected four parcels in the last three months. One with books went missing for weeks, a Foxtel box also disappeared for a while (always in transit to Derritmut or in Derrimut waiting for processing). Special cat food (for a diabetic cat) also presented a problem. The first order only reached me after about four weeks and the second order (ordered 12/10) still has not arrived. It is stuck in Derrimut, Vic. and today my supplier has resent the order.

While Covid causes problems, all businesses had to adapt and Australia Post had two years to come up with solutions (why are the bosses paid bonuses??).

I feel that Australian businesses and customers deserve a decent postal system. It needs to be overhauled and modernized, but nobody seems to be interested in fixing the problems. I have noticed that on Whirlpool and even this Forum and there are many complaints.

As I do not drive (and I am a Senior) it is very frustrating that my life is made more difficult by Australia Post and there should be a Royal Commission into this problem. What do other members think???

Moreover, I have heard that private delivery drivers are paid so little, that they can make more money, if the occasional parcel goes missing. The whole think is outrageous and all postal workers should be public servants.

The parcel post delivery system is having problems, no doubt about that.
Lots of issues.
Huge increase in online buying due to lockdowns.
Staff in distribution centers being sent off to home isolation if even one worker tests positive to covid19.
Delivery drivers going on strike due to their working conditions as casual labor.
Auspost recently shut down processing of new deliveries for a few days until they could deal with the backlog in processing centers.

We had a number of international deliveries with multiples from each of the UK, DK, and US shipped within a day of each other.

Converging in no fewer than 3 local depots in Melbourne to stage delivery to our single address in one day we had 3 different delivery drivers each with the parcels that went to their depots.

Auspost is overloaded? One reason is their systems seem to triple their work.

How hard should it be to use the target address to send all parcels to that address to the same local delivery depot and send one driver? Imagine how bad it could be if the CEO’s over time were not so handsomely paid to lead such an efficient organisation into the future.

Some parcels in the same lots that were due (~2 weeks ago) with the rest have been tagged as ‘delayed’ while already at local depots - delivery expected next week.

Auspost did not even get the booby prize. 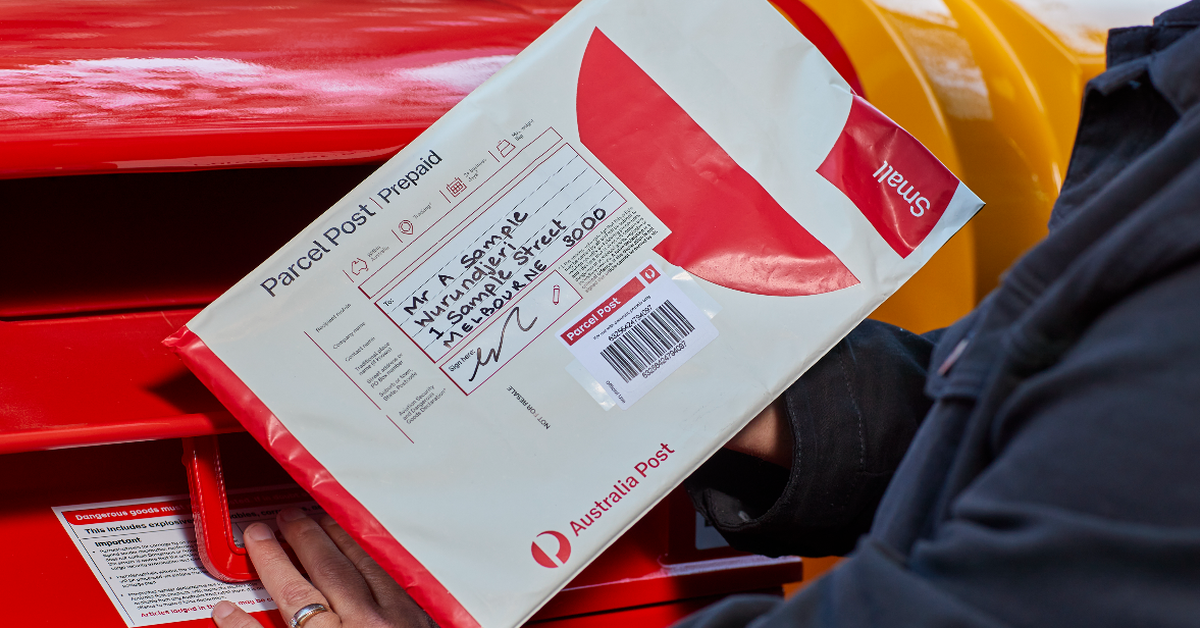 How bad does that make Toll look?

I still think that the Australian Government is responsible for overseeing a decent postal service. Private services were available in Europe in past centuries, but they did not work well enough and were replaced by Government run organisations. Are we going backward???

Do we fully understand the true size of the problem with Aust Post? Is it that only those who have problems are speaking up?

As a percentage of post delivered - is there objective data on the success rate? Considering the volume of posts with true tales of woe it remains anecdote more than statistical verification.

By how much is Australia Post failing and by how much does it need to improve?

Our ultimate success rate considering the base is several thousand articles delivered over 6 years to our current address or PO Box is at least 99.95% delivered. The one failure was due to the poor hand writing by the sender. It ultimately found it’s way back to the sender.

Timeliness of delivery has been better than expected or advised for the majority of items. If there are faults with AP, the most notable has been goods arriving faster than the tracking advice is updated. The other similar grumble is the toot and run parcel driver/s.

Admittedly we’re a sample of one, and our street address is regional to a rural address.

Is there a useful and pertinent observation for Aust Post?
Reliability comes from having the same staff and drivers committed longer term to delivering the services. The greatest value in the business comes from it’s employees. Our postie looks up from the bike and still waves, and vice versa. We did have a lady in a car for a while, but that did not last. Not all mail found the correct street number. Fortunately that was easily corrected, when you know everyone along the road.

is there objective data

My own experience with Auspost is mostly pretty good. The failures seem traceable to managers and planners who do not seem to grasp the bigger picture of routing and delivery optimisation beyond a single depot at a time, augmented by trying to use contractors in lieu of ongoing staff, eg embracing a gig economy.

The Auspost drivers have been 99% terrific and 1% OK, which is more than I could write about many of the so-called courier service drivers who also live in the gig world…We are outer metro and the house is a bit off the street in an estate so they need to make an extra effort.

Per my recent post about routing, one can only imagine whether (if) delivery would improve if each destination address had a specific routing, and then secondary routings to be used only if the primary one got overloaded, or better they could forecast well enough to add capacity in a timely manner.

People laughed at Fedex when every package delivered across the USA went to Memphis Tennessee for sorting, then back to a destination hub for delivery. It worked! The concept should work in Australia even if using a modified ‘blueprint’. If there is evidence something of the sort (pun intended) is in operation I would like to know some detail of the implementation.

True. In this day of almost ubiquitous phones, texts and email I cannot see any point in mail deliveries twice daily. I get three deliveries a week (letters and small items only) and I pick up larger items from the post office. That is fine by me. Anything that needs to go snailmail can wait a couple of days.

Many companies are trying to work without so much hardcopy which is to save their costs. Many of the hardcopy items I get are not essential and, even if it isn’t my saving, I don’t see the point in so much paper arriving that gets a glance and goes into the recycling.

The unresolved problems behind this are some people don’t have devices that can accept email and others insist they must keep paper records and do not want to print their own copies. An aside to that is they often don’t know how or care to keep softcopy records secure. Until those matters can be dealt with we will still have to run a postal service but I can see it becoming more sparse for letters and that will generate more complaints.

I still think that the Australian Government is responsible for overseeing a decent postal service.

How much are you prepared to pay for what you consider to be decent? TANSTAAFL

Yes, many of the courier parcel services are much worse than Australia Post…

Hi TANSTAFL, Australia Post already seems dearer than counterparts overseas. However, it is like any other necessary service, if we want it, we just have to pay for it.

Hi PhilT, at the moment my parcels seem to travel a lot around the metropolitan area before they get to me (if they reach me at all). Many seem to get stuck in Derrimut, Vic. Sometimes they sit intransit to this place for a few days as well.
I would like to add that we used to have an excellent postman, but when he retired things got worse. Letters quite often arrive late and so do magazines.

No no that’s not me!

TANSTAAFL = There Ain’t No Such Thing As A Free Lunch
syncretic = A union of diverse beliefs or my forum handle.

I would be interested in why. It could be ours is inefficient which some assume. It could also be because we have long distances between major population centres or because some overseas are more government subsidised. There may be other reasons I can’t think of right now.

According to the post persons I have spoken to

Also, in my opinion AusPost should not be seen as a profit centre, but and essential service that needs to be provided.

Australia post have lost 3 items for us in the last few weeks.
We run a small business and are waiting on stock that we need before Christmas. Looks like that this will not happen. Called them and the recorded message said if the parcel was not medical supplies to “hang up now”
Our Australian vendors have used Australia Post. Our overseas vendors are using couriers without any issues.

It seems that personal bonuses based on quantity rather than satisfactory delivery outcomes were more important to the top people over the past years. Hopefully now there is a new head of Australia Post they will understand that they are public servants and have a revised focus for the stakeholders: Us!

Hopefully now there is a new head of Australia Post they will understand that they are public servants and have a revised focus for the stakeholders: Us!

A useful observation.
Australia Post is wholly owned by the Australian Government represented by two Shareholder Ministers, the Minister for Finance and the Minister for Communications, Urban Infrastructure, Cities and the Arts.

Hopefully the two Ministers highlighted share the same understanding of who the stakeholders are. How that resolves itself in respect of cost and quality vs quantity, we need not look further the front door? Of course the Ministers being members of a political party also respond as necessary to the interests of other stakeholders.

That confused me. Did they not then have a new backlog?

It wasn’t a new backlog. It was a worse than usual backlog that was so bad that they had to inform the general public.

A Post continues to fail. Yes you can argue covid and volumes but there is a deeper malaise. For the wine buyers why buy wine as weather warms up when it takes a month or more. And in warming weather.