Apple iPhones and its ACL obligations

Apple is a serial offender under the Australian Consumer Law. It keeps promising the ACCC that it will be better next time. However, Apple corporate continues to try to impose the American view of the world on its subsidiaries.

Apple revenue depends on iPhones being replaced regularly by a captive and loyal customer base.

Apple has a 12 month warranty which it has been forced to extend, no questions asked, to 24 months for Australian consumers. But that doesn’t mean its obligations stop at 24 months.

It all depends on what one regards as the expected reliable life of an iPhone costing $1,500 up. Is it 24 months, 36 months or longer?

As we all know, the car industry has found to its global detriment that it cannot stop support for vehicles when the warranty expires. It is quite common to hear of recalls and repairs to design faults and manufacturing defects 10 years or more after the car was sold.

So, back to the maker of smartphones that charges the highest prices in the market like-for-like.

I bought my son an iPhone 7 Plus 256GB phone for Christmas 2016. Last year around September, it started having intermittent problems with the microphone so it would not “hear” - Siri would be blissfully unaware she was being asked something. Over time this became worse so the past two months it has gone from working 80% of the time to 50% of the time to 25% of the time until it stopped altogether. The last Genius Bar appointment was an exercise in try this at home and let us know if it doesn’t fix it.

Today, I went in and was told the repair would involve a like-for-like replacement for $525. When I asked whether this problem was common, I was told that the particular model I have exhibited audio subsystem problems in a number of phones 18 months to 30 months old.

I tried to get Apple to agree that the cost should be reduced or rebated entirely as the defect was a known manufacturing or design flaw and not a fault with the phone. No joy whatsoever. I also suggested that the expected durability of the phone was more than 24 months and it should be repaired for free or at a much lower cost. No joy. Indeed, the store manager at Doncaster told me that the ACCC had told Apple that they had to honour warranty only for 24 months. This is probably the worst distortion I have ever heard anyone utter. If this is the result of Apple’s training of staff under the ACL then the training is seriously defective and not fit for purpose.

So what do I regard as reasonable? A fee of 10% of the purchase price of the phone is probably all the audio sub-system is worth. It is simple technology compared to the communications and computing components or the touch screen or the other smarts.

Apple manufactures iPhones for well under $US 200 so it has fat margins to play with. It sells at the premium end of the market. It should match that with an industry leading support program.

Has anyone else had problems with Apple of this nature?

Assume you are aware of this 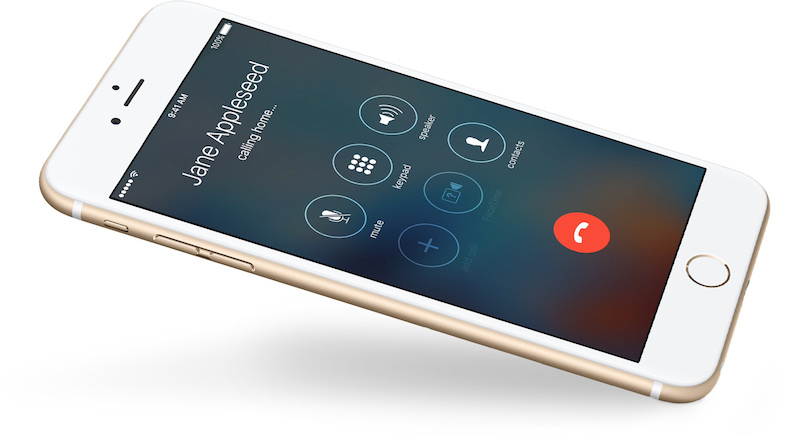 Apple Acknowledges Microphone Issue With Some iPhone 7 and 7 Plus Models on...

Apple has acknowledged a microphone issue affecting a limited number of iPhone 7 and iPhone 7 Plus models running iOS 11.3 or later. In an...

I had intermittent voice issues with a different model iPhone and was wondering?

Doing a power off and restart seemed to help, suggesting some instances can be a software related problem.

Thank you. This article summarises it well. It is a known problem that Apple at first acknowledged then it denied it when the number of phones affected became too great.

They just want the phones to be replaced by the user with a new model. They give you around $300 towards a new phone costing $1,500 if your phone is cosmetically in good condition. It is a simple expedient that many Apple devotees find acceptable as they have a choice of $500 repair cost or around $1,200 ($1,500 less trade-in) for the latest model which exceeds the performance of the dodgy phone.

I find this to be a quite unabashed marketing ploy.

To be fair this is hardly unique to Apple. How Google handled the Pixel voice call problems was a disaster. I agree though they need to be slapped with some big fines or they’re never going to change.

Apple at first acknowledged then it denied it when the number of phones affected became too great.

Is another aspect of this is that the rate of change of technology is much faster than the ACCC or law based class actions can remedy?

slapped with some big fines or they’re never going to change.

The EU has some interesting billion Euro examples. Has this really changed anything?

Should we favour a proper fix/remedy ahead of revenge? The recent reactions of Facebook and others to very significant product concerns (EG tracking & privacy) suggest the steps from the EU and USA are still insufficient to deter ongoing bad practice?

Should we prefer or demand a more forceful and proactive solution?

Excuse a promotion of a pet topic.
Choice provides members with a consumer advocacy support service where appropriate.

Should there also be a better level of service from the existing state run consumer protection organisations?

One perception is the states don’t see these as a cost benefit, hence they have limited resources.

The current state systems ultimately progress to recommended remedial actions. They lack timeliness and accessibility. If the business ignores these it is still often up to individual legal action by the consumer?

It’s one more reason why Apple and Google and others get away with poor outcomes. Consumer law is too slow to respond to everyday circumstances.

The good news, perhaps, is that IPhones don’t come with airbags or deceptive emissions performance claims. There is always another consumer worse off.

The EU has some interesting billion Euro examples. Has this really changed anything?

Probably because those billion dollar fines are still loose change compared to what they make. (A quick google indicated Apple makes over $250bUS/year). Dock them a fixed percentage of profits for the duration they committed the offense, with a discount for voluntarily admitting and remedying the offense. Then we might see a difference

This is a great service but it unfortunately cannot provide legal advice or a number of other services that a State or Federal Agency may. The limitations of the CHOICE Help service are as follows:

Perhaps some of these CHOICE could (just to be plain I mean the ability not a demand) expand into if they could source the appropriate staff and legal status and indemnity cover this would require. This may be too big an ask though.

I do see a place for CHOICE where they could offer financial counselling and advice, provide legal advice and contact businesses on a member’s behalf. These services however do come with risks and costs, and how CHOICE could take these costs and risks on is perhaps the hardest question to answer as I am sure there exists enough competent people to fulfill the roles required. Perhaps an easier answer would be to formally partner with organisations/providers who already provide the services so that a member could be referred/introduced to the relevant support organisation/provider.

Should there also be a better level of service from the existing state run consumer protection organisations?

One perception is the states don’t see these as a cost benefit, hence they have limited resources.

Make them a profit centre, with teeth.

Perhaps an easier answer would be to formally partner with organisations/providers who already provide the services so that a member could be referred/introduced to the relevant support organisation/provider.

The problem there is that it undermines the independence of CHOICE.

The problem there is that it undermines the independence of CHOICE

I don’t think it necessarily does, it has the potential to but it depends on the agreement and what is shared. CHOICE already partners with sister/brother organisations and share skills, staff, experts and tactics. They also use other experts to provide advice and detail to some of their campaigns, policy and potential products. CHOICE also have affiliate programs with businesses eg Appliances Online. Some I have hesitancy about but if the agreements are properly negotiated and potential problems addressed then I don’t see that it will undermine CHOICE’s independence, it will likely enhance the results for the members of CHOICE though. Nor would CHOICE be required to use another provider, it is an option not a requirement.