Here we have a report from Ondray on Facebook:
‘You may want to check the quality of the ALDI salt grinders as it turns out my family has been eating the plastic components from the grinding mechanism which as you can see from the image has been completely ground down…’ 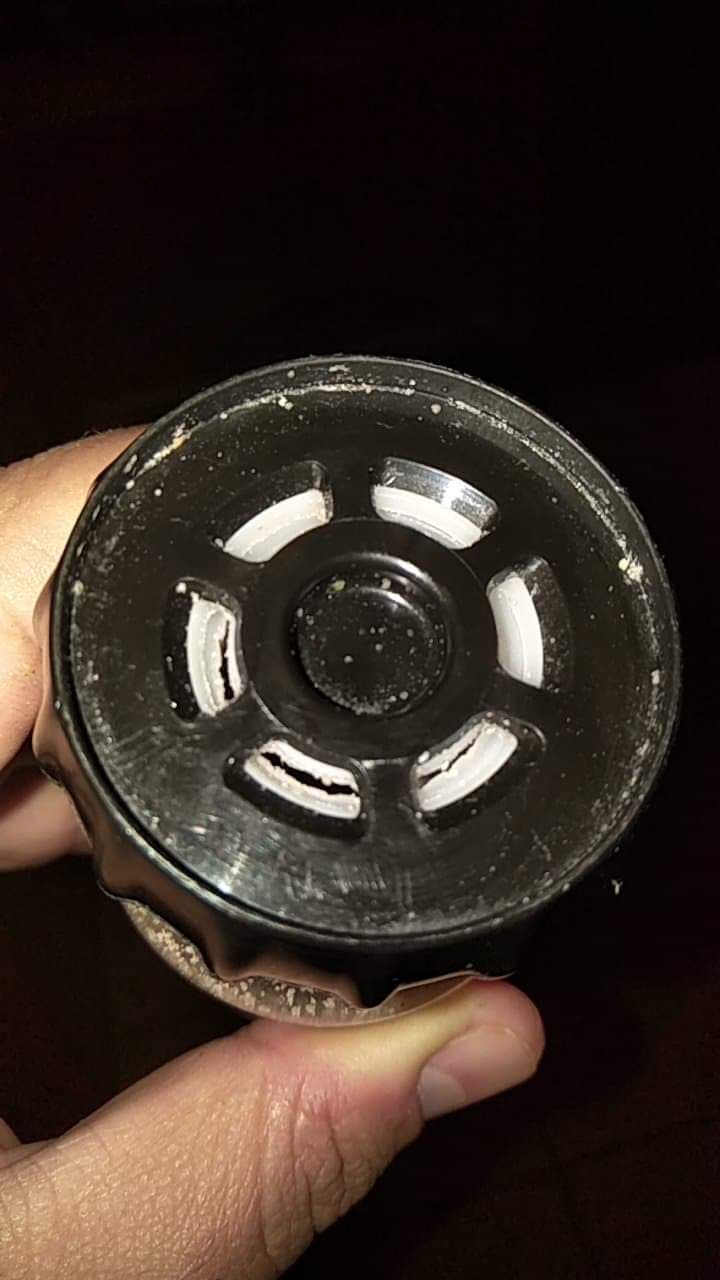 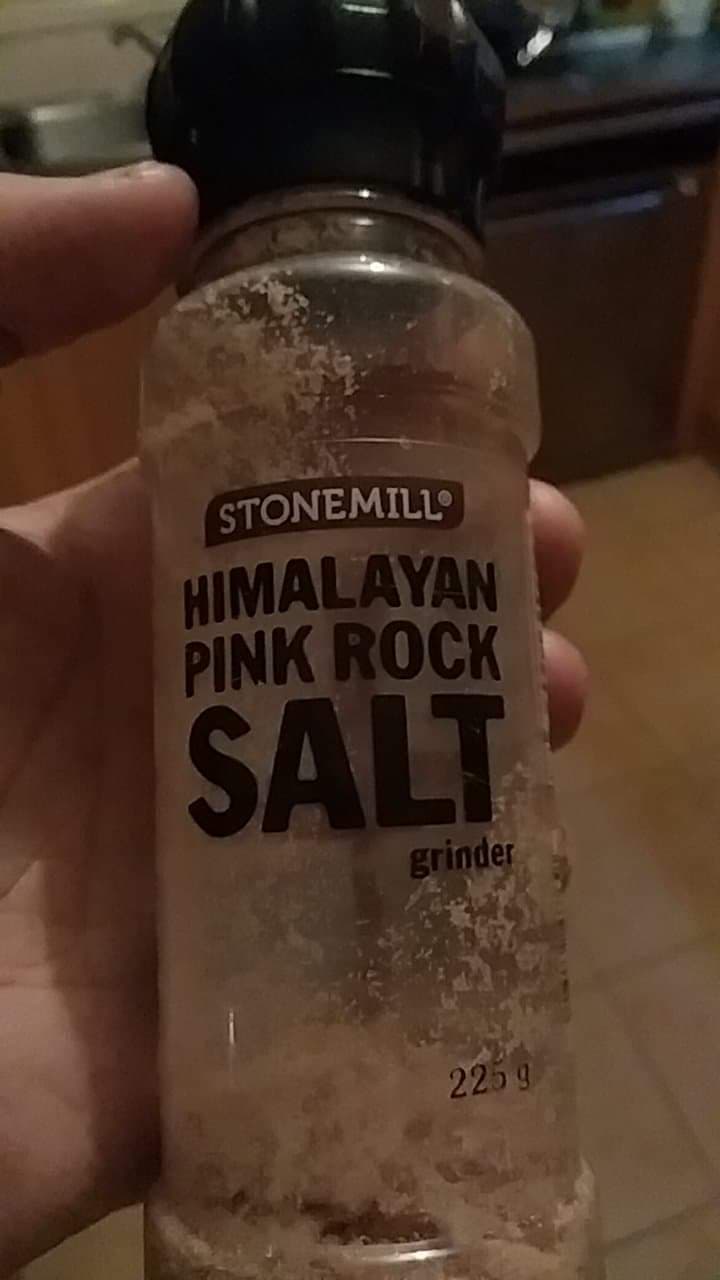 Stonemill? Perhaps it should be renamed Plasticmill.

Very shonky and wonder if it should be subject of a recall. If I had purchased one, I would be taking it back to Aldi for a refund as any packaging pieces in a food is unacceptable/contaminates the food…

This is a situation we have experienced with a number of mills whether ALDI or others eg some Masterfood ones and some Coles/Woolies type ones. The salt or other product that is being ground by these mills can be very abrasive and or hard. If the mill grinders are based on plastic/acrylic compounds they all wear. The best answer to the issue is to either get a mill that has sufficiently good metal or ceramic grinding components but a lot don’t do this as a cost consideration. For most users if you use the mill and then discard after it is empty many of the mills/grinders don’t seem to have much wear and tear, but some people refill the mills as well with as examples pepper or salt and the mills are used past the level that the producer envisages.

I’m in no way saying that this re-use is the case in this instance and it is certainly unsatisfactory but as I note it has happened to us both with ALDI and other suppliers with similar products.

True, or buy ground salt. Freshly ground salt is a nonsense trend as, unlike pepper, it does not get stale after grinding.

Is it possible that the consumer is asking too much to expect a single use grinder that sells for a few dollars (including contents) to be made of durable materials? Perhaps the web ‘hacks’ available on how to sneakily re-fill these disposable grinders should be ignored too. Maybe that how this example got so worn, we don’t know.

This isn’t shonky packaging at all, it is a bit of equipment with a designed limited life built to a price. The same rule applies here as for buying any other equipment with moving parts: if you expect to get cheap and durable together prepare to be disappointed.

It will be interesting to know if the one used by Ondray on Facebook has been refilled, First glance it may not have been as the salt within the grinder looks like Himalayan Pink Rock salt…but this could have been bought in bulk and refilled.

It would also be interesting to know if the packaging states that it is not suitable for refilling?

The salt in the grinder appears finer than what I saw these to have in them previously and also appears quite moist. It may just be original product that has been ground but remained in the container after use. Without that being said or acknowledged we are just guessing so if it was “single use” then as I said “unsatisfactory”, if used a second or third refill time it maybe a case of trying to be economical beyond anticipated useability.

True, or buy ground salt. Freshly ground salt is nonsense trend as, unlike pepper, it does not get stale after grinding.

It is not about fresh. Grinding one’s own allows the coarseness to be adjusted. Sometimes fine is best, and other times coarse is best. When you buy ground salt you get what you get.

It could be romanticised as well (note: contains adult themes)…

It is not about fresh. Grinding one’s own allows the coarseness to be adjusted.

If you can really tell the difference may you enjoy, personally I have my doubts.

Fee fie foe fum I smell the blood of a marketeer. You can get a better price too if it is pink or oddly named or exotic.

If you can really tell the difference may you enjoy, personally I have my doubts.

Try a smashed avo on toast. Coarse salt, lemon, and onion. The interplays of the differing flavours is different than using fine salt that coats everything.

Fee fie foe fum I smell the blood of a marketeer. You can get a better price too if it is pink or oddly named or exotic.

I smell the blood of someone who is more cynical than myself. Did not think it possible, so well done.

I love cracked pepper, but not on everything.

You can get a better price too if it is pink

I’ve heard it said that the Himalayan pink salt has little or no plastic … theres a lot of sites on the internet saying this, so …

Certified Organic I would also expect!

(Todd River Light Summer salt might also be a popular buy? With a hint of outback Atriplex semibaccata in every golden camel hued crystal.)

Closer to home, and coastal Queensland living. Aka the Sunshine State where the sun only shines when it isn’t raining.

Grinding in a M&P coarse packet salt can achieve what ever sizing you prefer. Promotion - Hand and stone ground ‘fresh’ prior to serving in little open dishes one pinch at a time.

Or use a small spoon if you would prefer a larger portion.

Yes you can add rice to the salt in the grinder, but not so simple for the one use versions. We used to waste more cleaning and unclogging grinders than we use. Not suitable for use in the wet tropics might be another reason to award a shonky go Aldi and others if the grinders do loose plastic into the meal?

(Todd River Light Summer salt might also be a popular buy? With a hint of outback Atriplex semibaccata in every golden camel hued crystal.)

Unsure of the saltbush content, but if we had significant salt in the Todd it would be combined with large amounts of (painted green) aluminium, plastic and glass (clear, green and brown)

if we had significant salt in the Todd

That’s why i stay away from Aldi,better to spend that bit more and get a quality product

Don’t bother returning anything to Aldi which is older than a month as they are not interested. Bought some solar gutter lights and had some replaced within a week, but after 6 months they are all kaput. The local Aldi won’t take them back and referred me to a number on the warranty sheet which is answered by a message service, but the promised call back doesn’t happen. I wrote to Aldi online and am still waiting for a response other than the auto confirmation of message received. It’s only $40 worth, but I’m not going to let it go. While I’m on Aldi, we stopped buying their fresh food and meat because we found it to be poor quality - some even inedible, despite their TV adverts assuring disgruntled past customers that they have fixed the problem - I don’t think they have based on our experience. They were a great store once, but we now buy very little from them after many poor experiences. Don’t even start me on the checkout process!

I have used others from other suppliers which are just as “fragile” in make. These have included McCormicks, Masterfoods, Coles branded, Woolworths branded and each of them have similar problems and lifespans. So on some of these I have spent more and got the same or less than ALDI. The problem is the race to cut costs by all manufacturers to increase turnover and profits. Quality is usually the thing that suffers the most regardless of whom you buy from. This is not dismissing your viewpoint I am just pointing out that everyone can have very different experiences regardless of brand/make/supplier. I have found a lot of ALDI product superior to many others I have purchased elsewhere and I have found some much less so.