An article regarding the AFP investigating early super release fraud after it was discovered by the ATO.

The Australian Tax Office reports a "small amount of fraudulent activity" related to its early superannuation access scheme, which was designed to provide financial relief to people left without income due to coronavirus.

An article regarding a victim of the fraud. 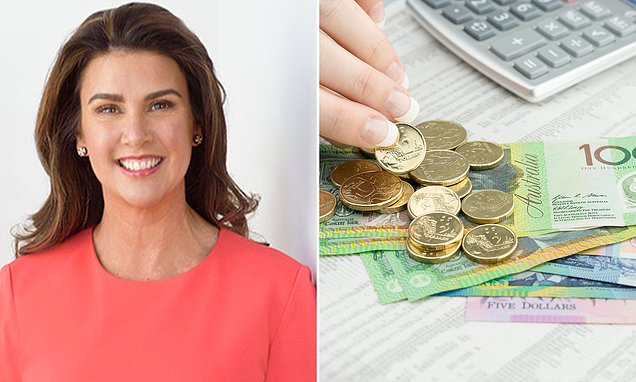 Mum has $10,000 swiped from her super fund by fraudsters

Andrea Dunn, 54, from Drouin in Gippsland, became the target of identity theft last month scammers used her details to create a fake mygov account with the Australian Taxation Office.

An article advising people to check their super balance.

Thousands of dollars disappear overnight as scammers use myGov to...

Scammers are taking advantage of the Government's early release superannuation scheme to steal money from Australians' nest eggs, and loopholes in myGov security could have something to do with it.

Superannuation bosses warn the Federal Government in advance of the restart of early super release.

The superannuation industry urges the Federal Government to step up its protections against ineligible claims after 150 Australians were targeted last month.

Another case of super being stolen by alleged scammers.

Three Queensland women are charged with allegedly trying to defraud the Commonwealth Government's early access to superannuation scheme for more than $113,000.

Domain (real estate) website has been promoting the early release of super. They recently has a working couple that didn’t have enough savings for a deposit for a house and it was promoted with the raid unto the super ($20K each) and the government’s grant, they amassed a deposit of $80K very quickly and enough now for a house deposit.

I am sure that the intention of the early release of super was not for use for house deposits.

What Domain didn’t say is that the example they gave (and many of their ‘advertorials’) seemed to be a blatant disregard of the early access super rules and it is likely that the couple they are promoting (and anyone else who followed their actions based on the Domain promotion) may get in hot water with the ATO.

Talking about scams and the ATO.

The Australian Tax Office struggles to get people to repay money from an outback tax scam, with money already spent on "$80,000 LandCruisers" and "massive holidays".

A year after scammers targeted remote Kimberley residents via a fraudulent tax scheme, the ATO is refusing to say how much money has been recouped.

And the ATO is going to “recoup” the money.

I am sure that the intention of the early release of super was not for use for house deposits.

The eligibility criteria are spelt out in the following.

Information about the eligibility and application process for the COVID-19 early release of super scheme if you have been financially affected by COVID-19.

There are no explicit conditions applied to how the withdrawals are to be spent. There is the following statement which indicated intent:

To be eligible, a citizen or permanent resident of Australia and New Zealand must require the COVID-19 early release of super to assist them to deal with the adverse economic effects of COVID-19.

Whether using the withdrawal as a deposit for buying a property is ‘assisting’ a person to deal with adverse economic conditions, there is no test specified.

However there are other qualifying conditions. Most of these suggest any qualifying applicants are unlikely to get acceptance of a loan application from a bank etc.

In addition, one of the following circumstances must apply: