A Sobering Super (+) Experience Even If Affairs Seem in Order

Who would have thought? There are binding and non-binding beneficiaries for super, but the implementation seems it can be well over the top. 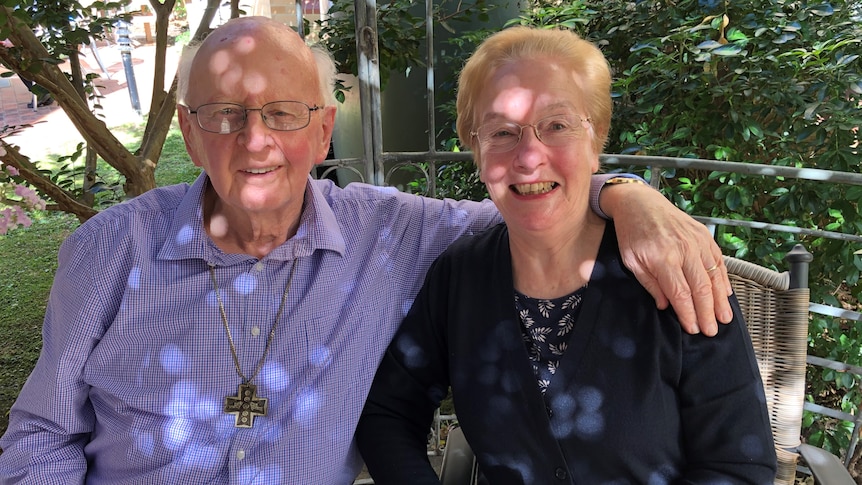 Before my husband's death, I thought we had our affairs in order. I was wrong

Why on earth have we allowed bureaucracy to dominate our lives so heartlessly at such a painful time, asks Muriel Porter.

I am confused by this article. Seems to be talking about pension funds, not super funds.

Yes you can ‘buy’ a pension with money in a super fund, but they are different things when it comes to what happens when the recipient dies.

Seems to be talking about pension funds, not super funds.

I think it means: a super fund in the annuity phase, rather than the accumulation phase.

I could be jaded and cynical, but in all life’s bad experiences, bureaucracy is there to make it even worse, often motivated by government.

As the article concludes, nothing is likely to improve in this respect, so the best you can do is plan for it.

In respect of getting certified copies in advance, I wondered (without any factual basis) whether that will fail - because the person processing the certified copy will see that the copy is from many years ago and that would be something to complain about.

My experience with a variety of institutions is the same. Each one has different requirements and all require some or all original certified copies of my proof of identity, probate, will (which is 11 pages), and death certificate, and their forms filled in. I also have to provide written instructions on what is required in the will.

When going to these institutions’ websites, there are a plethor of forms relating to someone dying, and trying to pick the right one is sometimes impossible as the difference in the intention of the form is so nuanced. For example, there may be a form for administrator, a form for beneficiary, and a for executor. What if you are all three? There’s no form for that!

CitiBank was one of the worst for this because it is impossible to communicate with the Estate Management area except by snail mail. CitiBank cut off access to my mother’s bank accounts (I was duly authorised) very soon after my mother died, and I couldn’t find out how to get access back to pay outstanding bills and bills to do with administering the estate.

CitiBank only have one mailing address and one phone number for the whole of CitiBank. (The closest CitiBank office is in Brisbane which on a good day is a two hour drive each way, and on bad day it can be close to a four hour drive.) Trying to find out which of the multitude of forms to fill in, numerous calls to the call centre were a waste of time as they answered from a script and could not help with which form was the right one. The call centre would not, no way, no how, put me through to the Estate Management area over the course of many phone calls. I couldn’t even get an email address from them to email questions in.

I even tried to find things out via the NAB, who bought CitiBank, but the Branches have no communication with CitiBank, and probably won’t before the middle of the year.

I finally sent in the information that I believed they needed on 17 November 2022. It turned out that all that I missed out were my nationality and my employment category. 6th of January I sent those missing bits of info off along with accounts at another bank I want the money to be transferred to.

Mother’s superannuation payment cut off almost immediately upon her death, and then required repayment of the (relatively small) amount paid covering a few days after the date of her death. In a letter they informed me that superannuation benefits will only be paid to spouses or dependent children under 18yo. I’m not sure if my mother was aware of that limitation or not.

As mentioned in the ABC News article above, I am staggered that in this day and age we bereaved and/or executors are still required to go searching for all the individual institutions that the deceased had interactions with. There is no standard ‘package’ of information requirement to close things off. I understand that there will be differences based on individual wills or if the person dies intestate, but surely the majority of it could be standardised, and located in one spot such as the Supreme Courts where the Probates are done, for all institutions to access when authorised by the bereaved and/or executor (using the Consumer Data Right Legislation which will be coming?).

In a letter they informed me that superannuation benefits will only be paid to spouses or dependent children under 18yo.

Bottom line: Day 1 government-created problem about who exactly owns your super. The government could fix this tomorrow if they wanted to - and by and large could even fix it retrospectively (i.e. for existing living account holders with accumulation plan super) since such a change can only really benefit the account holder.

Talk about rubbing salt into the wounds. I mean technically it’s correct but …

There is no standard ‘package’ of information requirement to close things off.

A start would be a registry of Wills, so that the latest can be found. I was friends with an elderly man with a dysfunctional family. He died in an accident, they had no idea of his circumstances and relied on me to inform them.

I found many Wills in his house & business, as each family member pressured him to benefit them and exclude the others. Some he did himself, but were unenforceable due to terms, unsigned etc. After partly processing what appeared to be his latest, a more recent Will was discovered with a solicitor, who would not release it until his bill was paid. They ignored it.

Both my Super funds state the beneficiary on their annual statements.

A start would be a registry of Wills, so that the latest can be found.

You have my interest with that one. How would it be managed and access controlled. Some interesting background, considering the legal profession draw up the majority of wills, and they are State/territory specific. Perhaps they would be keen for ………?

‘How do I find a Will after Someone Dies? | Australia Lawyers

It’s possible there may be wills created in more than one state, which can add to the task of ensuring the legal will is the one currently to hand.

Yes, I think easier to state the idea than to implement it.