Got a coded url in an SMS. I knew it was SPAM but what does one do during lockdown except check it out on a fully armoured PC

The page looks pretty credible, as

Looks like an ABC news report doesn’t it, but wait there is more, and more, and more. Every menu link goes to a bitcoin scam. Dodgy as. Duly reported…

Perhaps now that I have almost succeeded in getting them kicked off the internet by reporting each to their disgusting ads to Google, they have come up with a Plan B.

This new “ABC Voyage website” is certainly on the ball as they have found that this fantastic opportunity is happening all over the world. 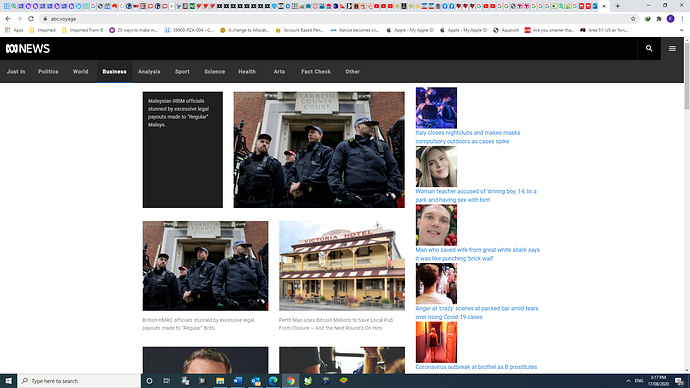 What an unbelievable co-incidence that both the British Police and the Malaysian Police have exactly the same story to tell.as the Qld Police.

Just clicked on an obvious advert about retiring to NZ (no commentary requested). The bitcoin scam with a CNN look and feel… it must be the season. 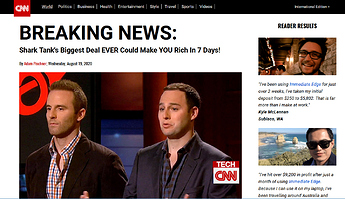 Today I saw this “Crazy Offer For Car Owners In Brisbane” on MSN News. Clicking on it lead to this version of the disgusting Bitcoin SCam. These grubs are obviously trying much harder to disguise their ads which hopefully is resulting in them getting much less traffic.

Unfortunately with this one, there was no way to close it and report it to Google or whoever.

And in today’s episode of the disgusting Bitcoin Scam, I came across this version. I then entered the first part of the URL in the browser which led to this. 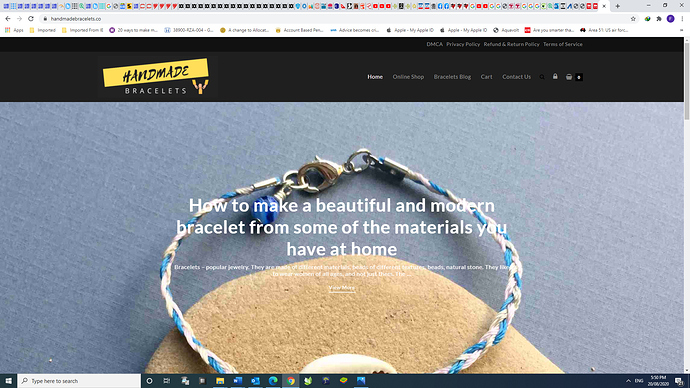 I was wondering how these low-life scumbags were able to keep getting new URL’s so quickly and throwing money away for a day or so before they were shut down by Google, but it appears they are simply hacking legitimate websites.

The website, https://handmadebracelets.co/, is still operating normally but the parasites pirated version now displays “www.currentlate.com” with a message that it cannot be reached.

but it appears they are simply hacking legitimate websites.

That’s right…and some businesses (employees) provide the backdoor access to their websites through scammer emails. We get several daily from scammers with free website support etc. Support = hyjacking one’s url for spamming/scamming.

An extract from a report by marketindex.com.au included as a throwaway observation. It causes one to wonder if bitcoins are a scam, those selling bitcoin investments are a scam, or bitcoin speculation might be the key to fortune (or bankruptcy).

While those buying and holding from 2010 have a motza a good delta to focus on is the beginning of 2018 to YTD 2020. It reflects timing is everything. And those beta blockers. 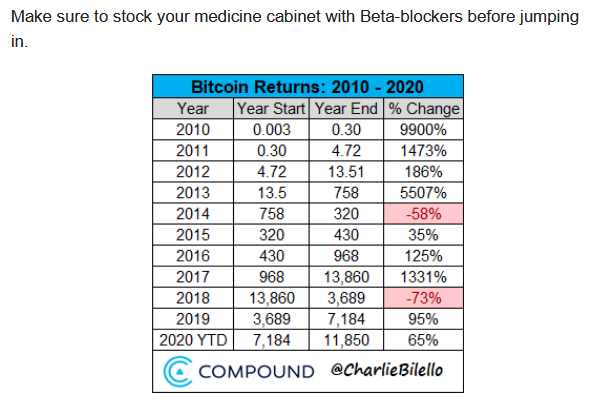 I got two of those texts and was stupid enough to click on the first one! Should I be worried?

Welcome to the community @Miila

Should I be worried?

I don’t think so unless you went further than the first click to the fake pages. Reason is that none of my ‘defences’ flagged anything coming from the fake pages as I investigated (via using a PC), but if one filled out the form one might get lots of ongoing sales pitches and had one’s email shared around to other similarly minded scammers/companies.

If you clicked through on a phone watch for any new apps you never noticed before, or apps newly asking for permissions.

It would provide you some peace of mind to download the free Malwarebytes app and run a manual scan on your phone, just in case. Get it from the google play or apple store. You do not need to pay anything to run it manually from time to time.

I also received one of these SMS’s, with my first name in the text. What got me worried when I expanded the coded URL, using a deciphering website tool, was that not only did the sender have my first name and mobile number but also my surname imbedded in the expanded URL. The senders number WAS a registered Telstra number.
Would love to know who had these details…

For sale for cents per record, want CC details and and more eg Current employment, address, spouse name, Credit Limit, CVC (verification code for the CC) it could go for a couple of dollars. The breaches that have occurred are reaching the multi billions of records obtained. This breaching includes employers, Governments, Health providers and so on. Get enough breaches and combine the details so obtained and you get a pretty detailed record of each person so identified. As the Community often mentions a stroll through the records of https://haveibeenpwned.com/ should be enough to understand how you get contacted. If not a member of that site yet it may well be worth your while to do so. They contact you when your email and passwords have been hacked, it is a free service and trustworthy. 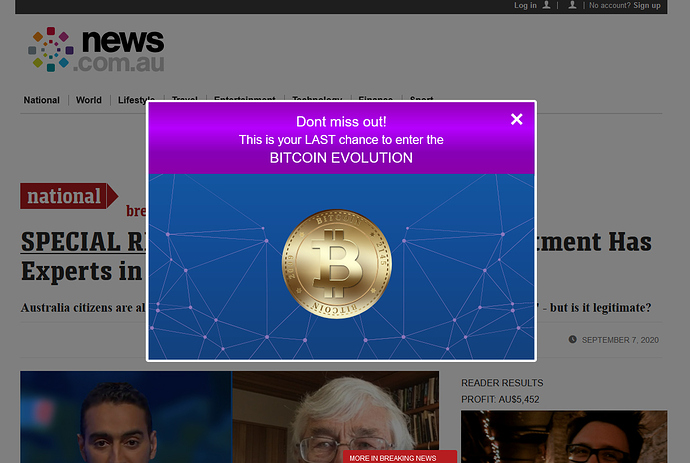 Does anyone know if this is for real or just another scam? Claims that Waleed Aly from The Project on Channel 10 interviewed Dick Smith.

Hi @wrice, I moved your post here because it is one of an increasing number that take one to a bogus web site that looks like a news site. Notice the URL you visit from that link is NOT news.com.au! I did some editing of your post so others would not inadvertently visit it and pick up any nasties.

Facebook is what it is. A mostly free for all including all sorts of trolling, hoaxes and conspiracy mongers rubbish interspersed with links FB member pass around that is sometimes actual news.

Does anyone know if this is for real or just another scam?

It is a disgusting scam that I have been getting shut down for most of this year, and as recently as the weekend, as per the topic you replied to me under.

Does anyone know if this is for real or just another scam?

As they say, if it looks too good to be true, it will be a lie.

It is a disgusting scam that I have been getting shut down for most of this year, and as recently as the weekend, as per the topic you replied to me under.

Unfortunately, it is not just scams that can destroy people’s lives but also bad financial advice like highly geared, high risk “investments”.

When Storm Financial were going gangbusters in the 2000’s, they were encouraging clients to borrow and to mortgage everything to the absolute maximum so as to get rich faster.

Then along came the GFC which promptly put an end to Storm Financial and their clients’ paper fortunes.

A former neighbour who worked in the office at Qld Rail at the time told me about how a lot of the train drivers had jumped onboard and they would walk around saying that they did not know how they were ever going to spend all their money.

After the GFC hit, the same drivers were walking around looking at their feet.

Whereas victims of scams like the Bitcoin Scam may lose a lot, or all of their money, persons who mortgaged property and/or borrowed against their shareholdings can lose everything.

Yes, I certaintly remember Storm Financial and any borrowing to invest in anything including blue chips, is always a dumb move. My motto is ‘have no money of your own - do not spend’.

These are disgusting ads and have resulted me not trusting anything advertised on Facebook (which is rife with scams) and google ads (which are often served up by legitimate sites such as the SMH).

I once reported one to ABC Legal (link is on the real ABC web site) and they were interested, but they don’t seem to have been too successful in shutting them down.

On Facebook I often see multiple ads for some new “product” I’ve never heard of, being advertised by multiple vendors. Nixie tube clocks and LED torches being two examples of many. I’m sure the vendors are scams.