I have seen small cars with “1300 Rideshare” signage around Cairns during the last couple of years and the vehicle numbers marked on them did not appear credible.

As Cairns Taxis has a fleet of 137 vehicles, 1300 Rideshare numbers appeared very suspect.

According to this post on Tripadvisor, they actually have 18 vehicles. 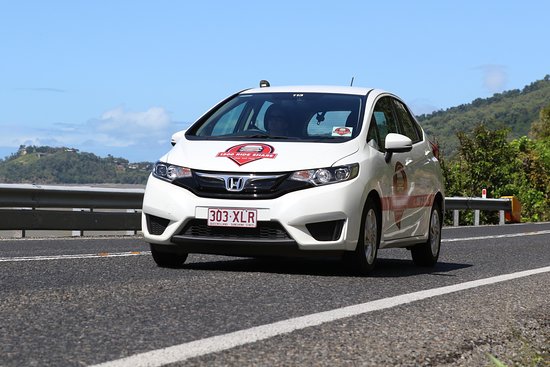 It reminded me of another business who tried to compete with Cairns Taxis some 20 yeras ago using shonky practices including a business name of Charter And Bus Service which they conveniently abbreviated to C.A.B.S.

There were only around 10 vehicles but they deceptively numbered them at random, with the highest being over 100.

The taxi company soon took them to task and had them shut down.

Using these sort of dodgey numbers hardly adds to the credibility of 1300 Rideshare.

Private hire cars are state registered commercial passenger vehicles for hire. I think you will find that any hire car company properly registered can call itself a rideshare company. They just get drivers to register their car and themselves as a driver and run a booking service and charge the driver a percentage of the fare as a commission. The big Rideshare companies operate booking by app that conceals your details, including your credit card. Rideshare, hire cars and taxis are much the same thing.